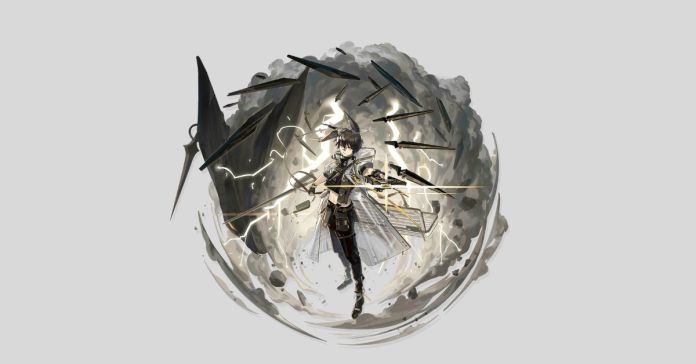 Arknights is an interesting RPG with strategy elements where you will fight with different characters and more. The main method of obtaining characters will be Headhunting, that is, a gacha system. Today we will tell you about such a character as Ayerscarpe.

Ayerscarpe is Leonhardt’s childhood friend and also his bodyguard. Basically, he just follows him and listens to his stories about everything. But if the situation escalates, he is ready to act. Indeed, unlike other bodyguards who defend themselves with shields or traps, Ayerscarpe prefers to attack and destroy the enemy.

He uses a unique weapon purchased from the black market Rim Billiton. The weapon doesn’t even have a name, but Ayerscarpe calls it “nice guy.”

Ayerscarpe is thrifty of money, unlike Leonhardt who often spends it on cool things. In general, their financial situation is quite deplorable.

Ayerscarpe is a Ranged Guard with very handy skills.

His Talent is called Seek Aid. It gives Ayerscarpe and allies within a one-cell radius around +4 ASPD.

His attacking skill called Shrapnel Burst will help to slow down enemies and inflict Arts damage to them in the amount of 110% -160% of damage depending on the skill level.

His second skill that you need to activate yourself is called Activate Phase Blades. Your damage is converted to Arts damage, and your range is increased. It also deals lightning damage in the amount of 70% -170%, depending on the skill level against enemies that are blocked by other operators. We recommend that you put it in front of Ayerscarpe Defender so that the skills work as efficiently as possible.