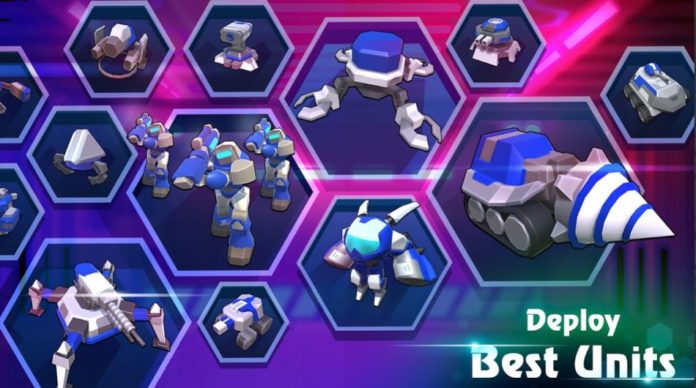 In today’s article we are going to cover all of the Ark Rivals tips and cheats that we have gathered so far and share them with you so that you can build a more powerful ship and pass more stages!

This is a pretty relaxing game, but during the battles it can get pretty heated up, especially if you are up against a pretty tough opponent – but overall, I consider this to be a pretty good and chill experience (having played several games which require you to be on your toes at all times).

Well then, if you want to learn how to improve and get better in the game and how to easily defeat more opponents, then I am here to give you all the tips that you need in our Ark Rivals game guide!

So let’s not waste another moment and dive right into the Ark Rivals tips and tricks right here below and learn how to make all the right upgrades so that you can become the best!

Arguably the most important thing that you need to do in the game is to understand what you actually have to do. Basically this game is very straight forward, but if you are thinking that there are some hidden things that you need to look out for or wait for some hidden features, then you’ll be in for a surprise – there are none!

Since the game is pretty straight forward, the objective is set: build your base and make it as powerful as possible while you are taking down various enemies who’ve also set up their bases pretty strong.

At the very beginning you will battle against non-players, but once you finished all those battles you will go up against other people’s ship setups. You will also have your own, so that’s why it is important that you know how to build it to make it easier on you defeating the opponents.

You will be able to start building some various weapons and upgrade them and that will definitely come in handy when you want to make sure that you can defend your base against opponents.

The resource buildings will help you gather various resources, but those buildings will not attack, so unless you place defense buildings around them, they can be free loot targets! Whenever an enemy will attack those they can collect the resources that are stored up inside and steal them from you!

Much as the upgrade level of the buildings, the placement of them is also super important, and possibly more important than many other things out there. The way that you are setting them up can either make it a living hell for the enemy or a walk in the park (or like stealing candy from a kid if you may).

How to properly set up your buildings:

– Always have your base protected – from all corners! This means that you should build structures all around your base, because if that falls, no matter if your loot is secured by the enemy or not, you will lose, so that’s not what we want to happen here!

Make sure that all of the sides of your base (you know, the big building) are covered and there are no empty spots which can allow the enemy to shoot through freely because that will chip away at your base’s HP.

– Place your resource farms closest to your base – this can act as a second layer of protection against the enemies. Even if they fire at your resource buildings, your base will still attack the attacker and try to protect itself.

It’s better to give the enemy some resources but walk away happy and alive than losing your base AND your resources. So make sure that you place resource buildings next to your base and all around it – that way you will have a steady production farm and keep yourself safe and sound.

– Place weapons everywhere! The weapons is what will keep you safe pretty much, as they can really discourage the enemies from attacking your base if the weaponry is well set. I suggest that you have weapons all outside of the base, and outside of the resource farms (and all around them).

The best would be to do your setup like this after you’ve gathered enough resources to build plenty of defensive buildings: have your base in the middle, have a layer of weapons all around it, then have a next layer of resource farms, then have a last layer of weapons. This is super useful in the long run, so by all means make sure that you give it a try and see for yourself.

Move all the time

No matter what you do, just make sure that you are always on the move, because the enemy attacks will be targeted at your location, and when you dodge their shots will miss firing at you. So that is something that will keep you alive and well for longer, therefore go ahead and don’t be a sitting target dummy – always move around.

You can easily see the moving pattern of the missiles and shots fired at you so it is not difficult at all to move.

Learn how to dodge the missile: You can also dodge the missiles which are targeting you by doing an easy circle move (O shape move) because the missile can’t take sharp turns, but it can follow you around for like 1 turn – so if you are moving in 8-shapes or S-shapes or O-shapes it’s easier to avoid those hits.

You can earn plenty of in game achievements for completing various tasks, and if you are curious how to do that, simply tap on your profile name in the upper left corner of the screen and then you can see all of the achievements listed there.

Try to give them a quick read and remember several of them because you can keep track of these and work towards completing them if you want to claim more EXP and Gems for free! This is especially useful for f2p players who aren’t going to pump a lot of money in the game.

Attack the enemies the right way

Whenever you are attacking a new enemy you will be able to first scout their base and see where all of their buildings are located and what kind of resources they have stored up in there. You should always scout them and see if you are ready to go up against them!

Once you’ve spotted a new enemy which sparks your interest you can go ahead and fight them! Whenever you tap on the Attack button, 1 Energy point will be deducted, but you have a total of 5 Energy at start and they will fill up every 10 minutes by 1 point. So make sure that you keep track of these because you can’t always be on the offensive!

If you spent that 1 Energy and you haven’t found a good enemy to go up against you can spend 25 Gold to refresh and get a new enemy without wasting your 1 Energy! However, if you don’t want to spend Gold or don’t have any, you can just go back and tap on Attack again, but that will use up 1 point of your Energy!

Attack the enemy’s weapons first – this should go without saying, but you should always attack the weapons before you focus on the resources because that way you will manage to keep yourself and your troops alive for longer (hopefully) and once you took down all the defensive systems you can then move on to collecting the loot.

The buildings will require resources for upgrades, so I suggest that you always try to keep them at maximum level and make as many upgrades as you can (and have budget for). You can speed up the building process or purchase resources by using Gems, but I definitely suggest using the Gems only for making quick upgrades and not buying resources as you can get those from your farms or by fighting enemies.

Make sure that you always start upgrading your base and your other buildings especially before you close the game, because the building will take some time the more you advance and if you can do that while offline, well that’s time very well spent!

Watch replays to learn from them

Watch your replays to see where you can improve. This is an easy one, as it can show you what mistakes you have done that resulted in you losing a fight. To check out your replays simply head on to the Mail tab (in the left side of the screen) -> Attack Log -> choose your battle -> Replay!

You can use these to scout out the opponents’ setup and see how they have set up their base and buildings but also to see what moves you did wrong and ended up in you losing the battle. It’s more often than not that you will learn from losing battles than from the won ones.

These would be all of our Ark Rivals tips and tricks that we have for you right now! Do you know some more useful game tips and strategies? Share them with us by leaving them down in the comments section below!