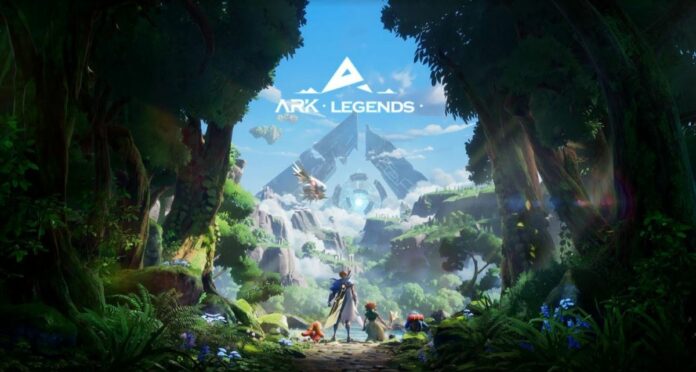 The Ark Legends pre-registration campaign has officially begun, taking us one step closer to a full release. You can get involved and start reaping some rewards by heading to the official Ark Legends website.

The first of the campaign’s milestones has already been surpassed, meaning 100,000 eager players have already entered their details and collectively unlocked 100,000 Gold for every participant.

700,000 is the penultimate milestone, and at that level players will net two Rare Iron Core and 1 Hero Summon Chest (A), while at the million mark everybody will earn a further seven Rare Iron Core.

1m pre-registrations is an ambitious target, of course, but we’re pretty confident Ark Legends will smash it.

Aside from the pre-registration milestone event there’s a free Lucky Draw. When you sign up you’ll get a chance to win real prizes like AirPods and Amazon gift cards, as well as virtual prizes such as in-game Energy, Diamonds, and Iron Core.

Better still, you’ll get an additional draw when you refer a friend, doubling your chances of scooping some loot.

For newcomers, Ark Legends is a gacha RPG with a strategy gameplay and an incredibly polished steampunk anime aesthetic.

The game is set in Ark, a mystical kingdom littered with the ruins of the fallen Vitan civilization. When explorers stumble on some highly advanced technological Vitan relics, Ark’s various factions compete to take control of gadgets and rule the world.

There are six different factions, numerous classes, and a whole raft of gameplay features including quests, dungeons, guilds, daily missions, and more.

Even if you missed out on the closed beta, you can play a part in Ark Legends’ development by applying to join the Content Creators Program. This initiative allows a few lucky players to chat with the developers, access game content early, and win prizes too.