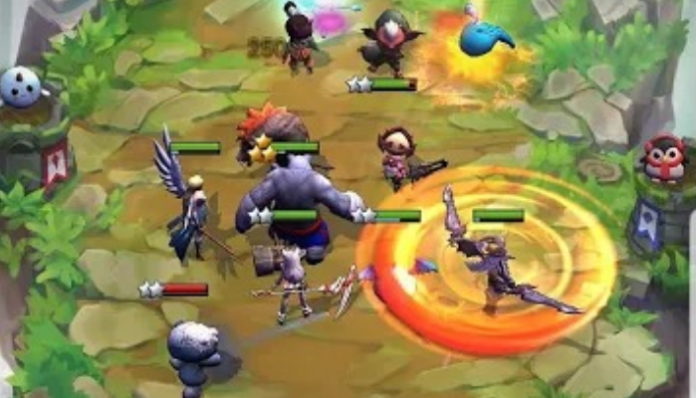 Arena Allstars is a new indie auto chess type game. Auto chess is a genre in which you place different types of units on a board and watch them duke it out with each other. Knowing which units to place and where to place them is important, so the games tend to focus on planning and preparation!

All about the stacking buffs!

If you are familiar with the auto chess genre, you know that stacking the same types of units is the key to victory. If you are new, we will explain it here.

You see, each unit belongs to a race and class. If you have multiple units of the same race and/or class, they will activate special buffs that affects units of that race/class, and sometimes all of your units.

Most players’ strategies here are to focus on one or two different races and classes. You can play all sorts of different units if you so wish, but chances are they will not work well together and will fall easily against a coordinated team.

If you are new to the game, we recommend sticking to one type of strategy and utilizing the same race/class buffs to get a strong team going. Once you have a few matches under your belt, you can start theorizing and creating your own strategies!

Be sure to equip your items!

Sometimes after you win a match, you will receive an item. Items grant stats and special effects, and each unit can equip up to two of them. You must manually equip them to a unit otherwise it will have no effect, so keep an eye on your backpack – if there is a notification, you have an unequipped item.

There are certain items that grant classes and races to your units. These rare items can help you fit units that would not otherwise go along with a certain build or strategy, like giving a Guardian the Warlock class as well. Use these items wisely and you can come up with some devastating combos!

During a match, you can tap on the plus at the top right corner of the screen to switch out the displays. Instead of player HP, you can see your units’ total DPS. You can utilize this tool to see who is performing well and who is lacking in damage.

Studying this tool is good to know when to switch up strategies or change your units around, so make sure to use it often.

Reroll and level up wisely!

Spending gold to increase your team size is usually a good idea, so if you ever have excess gold, you can spend it for more experience points rather than rerolling.

Of course, rerolling is probably the main thing you will be doing a lot if you are trying for specific strategies. It is important to keep in mind though that you might not always get what you want, despite rerolling a bunch of times.

It is best to have a backup plan in case things go awry and you end up getting really screwed by the randomness; you do not want to get caught with a bunch of underpowered units!

Hang onto your upgraded units!

Some units have higher rarities than others, which is a general indicator that they are a little stronger than the more common units. However, do not write off your upgraded units that easily!

When you combine duplicates of the same unit, you can upgrade them to two stars. Repeating the process with even more units will bring them up to three stars. 3-star units are very powerful, even if it is like a 3-star common unit.

3-star units are very hard to get as they require a lot of investment, but once you do get one they can be considered permanent additions to your team.

There is a total of eight classes in Arena Allstars, and knowing what each classes’ strengths and weaknesses are is the key to victory!

Demon Hunters are the smallest class in the game, with only two units being in the group. They have the special ability to cancel enemy Demon Hunter’s abilities if they are on the field, but if you two of your own their abilities can be used while the enemy’s cannot.

Assassins are quick and sneaky attackers that immediately hop behind enemy lines at the beginning of a match. They are very fragile but they can tear apart a backline if left unchecked, which makes them perfect for taking out mages and ranged attackers. Having two Assassins grants a 15% chance for them to deal double damage, and having four Assassins makes it a 20% chance for triple damage!

Outlaws are ranged attackers that deal consistent damage. Best placed in the middle of your group. Three Outlaws grant 25% more attack damage for them, while having six Outlaws grants them a massive 50% attack boost!

Shamans are spellcasters that use hexes to curse the enemy team. Two Shamans will cause one of the enemy units to be hexed at the start of a round, disabling their skills. Four Shamans will apply this effect to two enemies.

Mages wield powerful elements to inflict strong magic damage. Two Mages reduce the magic resistance of all enemies on the field by 25%. Four Mages increases this debuff to 40%, making the enemy team crumble to magic damage.

Guardians are sturdy melee attackers that have high health, armor, and resist, making them perfect for soaking up attacks aimed at your more fragile units. Two Guardians increase all allied Guardians’ armor by 15%. Four Guardians ups this buff to 30%, making them nigh-indestructible against physical attackers.

Warlocks are mages that deal with the dark arts. Two Warlocks on the field grant 15% lifesteal for all allies, and having four Warlocks ups that buff to 30%. Warlocks are a great supplement to any build, as the lifesteal bonus is great to have.

In addition to classes, every unit in the game belongs one of the nine races. Just like the classes, stacking multiple units of the same race will activate special buffs.

Demons are a special case as they actually discourage stacking. When you have one and ONLY one demon on the field, they gain 50% more attack damage. Try to limit your demons to only one!

Felines are a race of humanoid cats! Two Felines grant 15% more magic resistance on all allies, while having four Felines bumps this up to 30% magic resistance. Felines are great to have if you are going against magic heavy teams!

Scarebears are creepy little teddy bears that can disarm opponents, rendering them unable to attack. Two Scarebears grants all allied Scarebears a 10% chance to disarm an enemy for 4 seconds. Four Scarebears increases this chance to 20%.

Wilds are kobold-like creatures. Having Two Wilds increases attack damage by 15% for all allies. Four Wilds ups this buff to 25% attack damage.

Homunculi are dolls that have been given life. Two Homunculi grant allied Homunculi 20 HP regen, with four Homunculi increasing it to 40 HP.

Trolls are big, powerful guys looking for a challenge. At two Trolls, they all get +250 max HP. Four Trolls grants +500 max HP, while six grants a whopping +800 max HP, making Trolls one of the tankiest races.

Dragonkins are those with dragon blood running through their veins. If you have three Dragonkins on the field at once, they will start each match with 100 mana, meaning they can unleash their skills right away.

Eternals are a race of angelic humanoids. Two Eternals grants them a spell shield at the start of a battle, which greatly reduces magic damage received. The spell shield has a ten second cooldown once it breaks. With four Eternals, the spell shield is given to ALL allies.

Humans are the regular race, and true to human nature their race buff is unpredictable. When you have two Humans on the field, one of your allies on the field – chosen randomly – is given 25% more armor and HP regen. Four Humans grants this buff to ALL allies.

Every time you place high in a match, you will earn some gold for your troubles. Gold can be spent on awesome skins for your units in the shop – you do not have to worry about saving it to unlock new units or anything like that.

If you want some more gold, try doing the daily quest. You can see what your quest is at the top left corner of the main menu. Some quests will ask you to use certain units, and it is fun to try to complete it. Who knows – you might even come up with some new ideas!

That’s all for Arena Allstars! If you have any other tips or tricks to share, let us know in the comments below! 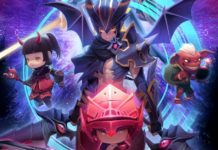