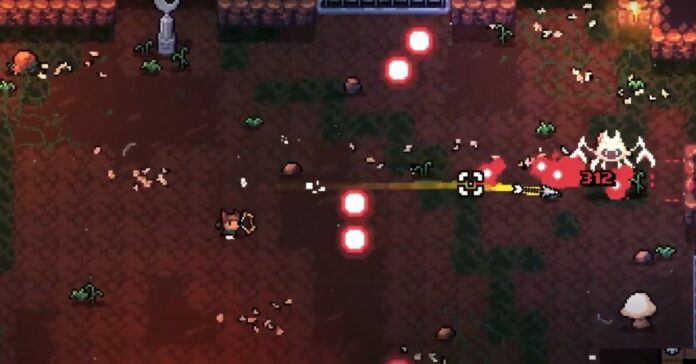 Archvale is an action game that has a very dynamic combat system and stylish pixel graphics. The game has just been released and there are lots of unknown enemies you may encounter. The bosses are always the most problematic opponents to deal with and today we are going to talk about one of them. Ghost Crab is not the hardest boss in the game but it is very tough and provides you with a decent challenge. This guide will tell you how to defeat Ghost Crab in Archvale.

How to Defeat Ghost Crab in Archvale

Ghost Crab in Archvale is one of the bosses you may encounter during your journey. It looks like a flying monster crab and it is very aggressive. The boss will always try to charge at you. While Ghost Crab tries to approach you it throws a lot of projectiles at your character. When the boss stops its charge attack, it performs another move. The ending of Ghost Crab’s charge attacks can be different. The boss is able to throw red projectiles in all directions, make a dash that throws projectiles, perform a stomp move that drops rocks from the ceiling, and summon its phantoms. Also, Ghost Crab can launch a few moves before it starts to charge at you again.

RELATED: How to Kill The King (Final Boss) in Archvale

The main strategy against this boss is to learn all of its moves and react to them properly. During Ghost Crab’s charge attacks you just need to stay away from the boss. We recommend you use a ranged weapon to be able to attack from a distance. The same strategy should be applied to most of the boss’s attacks.

There are only two moves that require you to do something differently. The first one is the stomp attack that drops rocks from the ceiling. The places where these rocks are going to fall will be marked and you should stay away from these. The second move is phantom summoning. The boss won’t attack you but it will start to summon another Ghost Crabs. These will throw projectiles at your character. However, you need to focus on the main boss as these phantoms will explode after a short period of time.