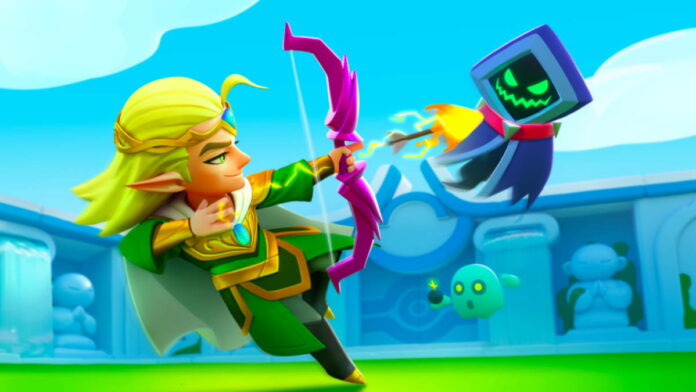 The action RPG Archero is full of mighty heroes, each with their own unique abilities. But who are the best heroes out of the group? Here’s a list of what the community thinks are some of the top choices in the game!

Note: This list does not include the recently released hero Ryan, as there has not been enough community data for him to be placed accurately. Please wait until we’ve seen what he’s capable of!

Shade is easily one of the best characters in the entire game. Her attack scaling is very impressive so she gains a lot of natural attack power as she levels up, and her ability can be very dangerous if utilized correctly. Shifting into shadow form gives her dark damage that can be devastating.

Sylvan is a elemental master and utilizes all of the elements to decimate his foes. His ability allows him to apply different elemental effects onto his enemies, giving him a good damage boost, though not near as deadly as Shade.

Helix is a berserker warrior who deals more damage depending on how hurt he is. To be more specific, he gains a percentage damage boost for every percent HP he’s missing, so if you can stack HP boosts on him he can be an absolute terror!

Onir’s Holy ability allows him to take on big groups of enemies and clear them out, though as a slower rate than the others. His damage is great and while it’s not up there with the S tier characters (especially against bosses), he’s still a great all-around choice.

Ayana can make short work of enemies, and she does awesome damage to bosses as well. Her Charm ability weakens enemies and applies a damage over time to them while also making them more vulnerable to direct damage.

Rolla’s Freeze ability allows all of her attacks to gain more powerful freezing effects. This ability allows her to essentially stop most enemies dead in their tracks, and she’s got good stats to back up her crowd controlling abilities.

Meowgik is a mage who likes to overwhelm his enemies with furry helpers. Every time he attacks he has a chance to spawn a cat which attacks his target. These cats do triple your regular damage, which can easily stack up to crazy levels.

Phoren is all about applying his Inferno ability, which is a big but short damage over time. Inferno does lots of damage but doesn’t last a long time like Venom, so you must be aggressive with Phoren for his damage to truly shine.

Taranis is a splash damage expert. His ability Bolt makes his attack splash to nearby targets, dealing a small percentage of the base damage. In essence, he’s pretty much the lighter version of Onir – while still good at taking out groups of enemies, Onir does it much better.

Bonnie is a pirate who has a slightly better version of the Shadow Clone skill as her personal ability. Shadow Clone isn’t very good to begin with, and Bonnie’s version of it isn’t much better. Couple this with some subpar stat growths put Bonnie pretty low on the list, though still viable in certain situations.

Shari is considered to be one of the worst heroes in the game. Her stat growth isn’t great, though she has one universal HP boost that is arguably not worth it.

And it goes without saying, but Atreus is low tier as well. It’s to be expected since he’s the starting hero and all, so move onto a new hero as soon as you can.