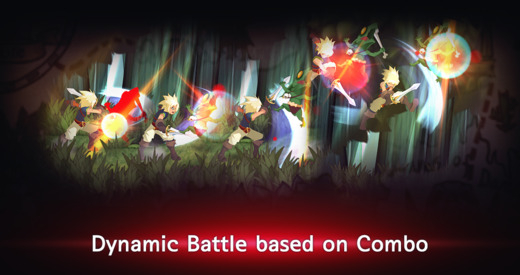 ArcaneSoul is a new 2D hack and slash action RPG. Choose from two characters at the beginning and cut your way through hordes of evil groups on an epic quest to discover the source of all evil! Level up, learn new skills, and find powerful equipment with the help of our ArcaneSoul cheats, tips and tricks strategy guide.

Note that we chose Ellisa as our starting character, but you can only unlock the other two by completing Act 4. Ellisa’s skills are different from Luke’s, but most of these tips apply to both characters.

During your normal attack combo, you can cancel it at any time by using one of your other abilities. You can stop a combo with a back step, which is very useful for getting out of a telegraphed attack, or you can use a spell or skill. The latter option is useful for continuing finished ground combos. You can also jump out of a combo! Either way, this is a very handy technique so get into the habit of doing it. It can save your butt if you’re trouble or keep an enemy locked down.

2. Watch out for enemy super armor!

When an enemy character is glowing a vibrant red, this means that they have super armor! An enemy with super armor will not be interrupted or staggered by attacks, so be careful when approaching them. This goes double for boss characters, as they will frequently gain super armor when they’re about to attack. You can tell if this is about to happen when they have a red shield in front of them. If you see it, get out of the way!

3. Learn your action skills as soon as possible!

Action skills are the ones that improve your regular combat ability. For Ellisa, she learns some really nifty action skills. The first one you can learn is Upper Attack, which lets you launch an enemy into the air if you hold up on the directional pad during a combo. The second one is Additional Attack, which adds an extra hit into her normal ground and aerial combos. The last one is Sting Kick, which adds a second hit to her dash attack that launches enemies. All of these skills are great for increasing combo mobility, so buy them as soon as you can. They’re a lot cheaper than the active skills!

Going off of tip 3, try your best to keep enemies staggered. This gives them less chances to retaliate, and most importantly prevents them from gaining super armor to attack you. For an even more effective combo strategy, try to keep them in the air as much as you can. A good bread and butter combo is to do a standard ground combo, and use a launcher attack at the end to send them sky high. Immediately jump up afterwards and continue the combo with aerial attacks, then when they hit the ground start up another ground combo or use a skill if necessary.

As you learned in the tutorial, the sphere at the top left fills up as you fight. When it’s full, you can BURST! Bursting grants your character temporary increased HP and MP regeneration, cooldown reduction, but most importantly super armor! The sphere fills up pretty fast so feel free to use it if you’re in a bind. My personal favorite times to use it are during the bosses though, and I mean the end of level bosses. These guys like to summon a ton of enemies to fight alongside them, at which point the game gets kind of messy and it’s hard to keep track of what’s happening. You will more often than not be interrupted by some random stray attack from an enemy you can’t even see, so bursting in these situations is very helpful.

If you find enchantment runes, you can enchant your weapons and gear to improve them. I don’t really recommend doing this with low level gear, as they’ll be quickly replaced, but if you find a high level piece of equipment that you just can’t do without, consider enchanting it to make it even better! Be sure to check the success and fail rates before you do so. The more enchantment runes you use in the process, the better the gear will turn, but in turn the higher the fail rate!

For me, the best way to level up is to put a point into each category, leveling each stat equally. There is no bad stat, and each one helps in a different way. Of course, this depends on you! If you want to become a glass cannon, put all your points into strength. If you want to survive long, put a lot of points into vitality. See which strategy works best for you.

Those are some general tips to cut down your foes with relative ease. If you have any other suggestions or questions, leave a comment below! Until next time, have fun and good luck!