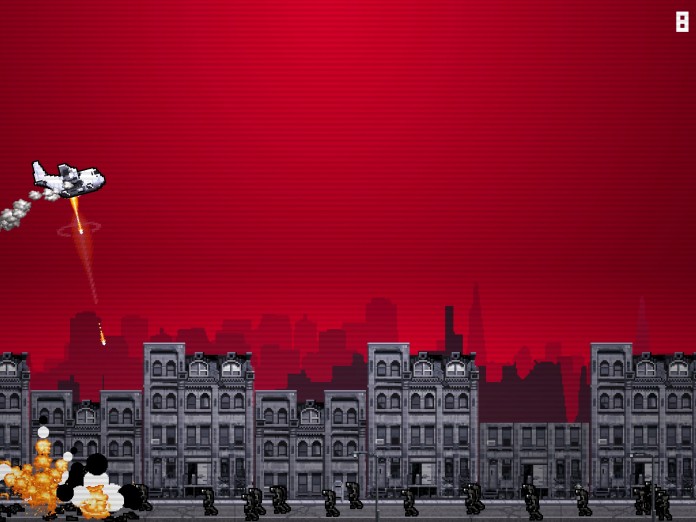 The success of the simple arcade title Flappy Bird has come with a lot of side effects. The most obvious one was the release of many different clones which basically offered the same gameplay experience of the original game just to try to catch the attention of the many fans of the game all over the world.

Developer Limbic Software created a Flappy Bird clone as an April Fools, basing this clone on its arcade game Zombie Gunship. Now that fake game has become a reality and it will be released tomorrow on the App Store.

Zombie Gunship Arcade clearly offers more than the simple Flappy Bird experience. You will still have to tap the screen to avoid making your airship fall. While tapping you will be blasting zombies on the ground while making sure to not hit the humans that are trying to escape from the zombie horde. If you hit a human, it’s game over.

Zombie Gunship Arcade it’s not as hard as Flappy Bird, but it’s a quite engaging experience that offers some sort of variation for the basic gameplay formula of the successful title, so make sure to check it out once the game launches tomorrow if you’re still playing the punishingly difficult Flappy Bird.