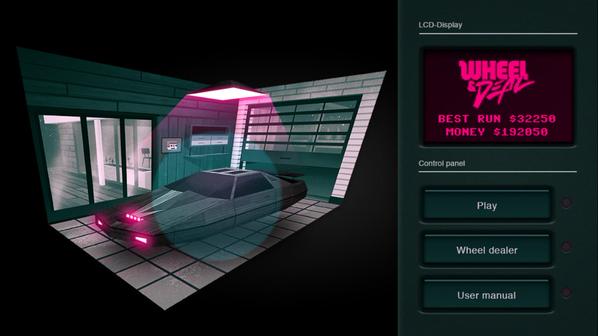 Wheel and Deal is a new arcade game, developed by Robote Game, that will be released soon on the App Store. The team has confirmed today that their new game will be launched on the App Store on January 22nd.

Wheel and Deal is a rather simple arcade game where players will be controlling a car trying to avoid cops and get as far as possible. Thankfully the player’s car is capable of shooting balls of energy that can take out the enemies in just a few shots. Defeating as many enemies as possible will allow players to earn points that can be used to purchase better cars.

With such a system in place, some may think that Wheel and Deal is going to be a free to play game filled with IAPs for extra points, cars and more. Thankfully, that’s not the case, as the game is going to be a Premium game. To unlock every car of the game, players will simply have to obtain enough points to purchase them. Old school indeed.

Wheel and Deal seems to be the perfect game to play on the go thanks to its rather simple but engaging gameplay experience that can be enjoyed by everyone for a few minutes.

Wheel and Deal will be released on the App Store on January 22nd for only $1.99.