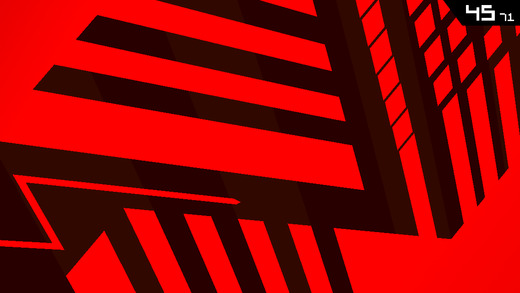 Wave Wave, the interesting arcade game released a while back on the App Store, has received a brand new update today.

The update actually brings a lot of changes to the game which now features new visuals, new tracks and even more play modes. Among the new features included in the game is the ability to record gameplay with Kamcord integration.

Unfortunately it looks like many fans of the original release are not liking this major overhaul, as the gameplay experience is apparently not as good as it used to be. Thankfully, it’s still possible to play parts of the older game and the man behind the game, Tom Janson, has confirmed that he is working on bringing back more of the old Wave Wave features.

Wave Wave is a engaging arcade game where players have to get through series of spiky triangles while the camera is constantly spinning. Things can get confusing enough, considering how the visuals are always changing, but there’s no denying that the game is a quality arcade title, at least in its original iteration.

Wave Wave is now available on the App Store for $2.99. The Wave Wave 2.0 update is also available for free.