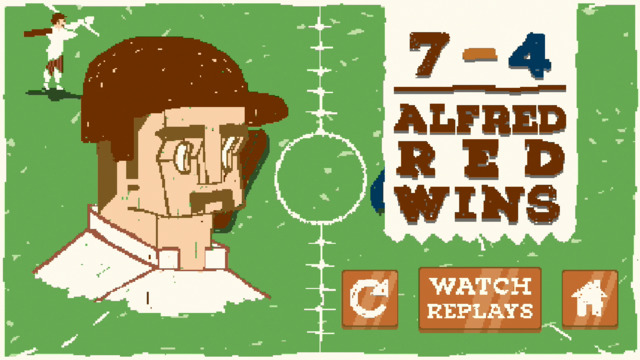 Pong is the oldest video game ever made and many titles released in the past tried offering a gameplay experience that went beyond the simple” bounce the ball back at the opponent” formula of the original game. If you’re into this type of games and you’re not afraid of an over the top experience, you may want to check out a brand new title now available on the App Store.

Super Cricket Fighter Turbo is probably one of the more over the top versions of the Pong gameplay experience. In the game, players will be trying to take down their opponents with powerful shots. The experience is not all that different from Pong but the over the top animations and sounds make it incredibly hilarious.

There really isn’t much else to say about Super Cricket Fighter Turbo. The game is as straightforward as it gets but it’s incredibly fun and hilarious so make sure to check it out if you’re into over the top arcade games that can be played on the go in short bursts.

Super Cricket Fighter Turbo is now available for download for free on the App Store.