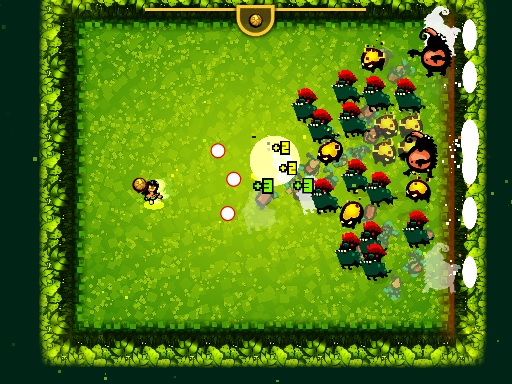 The game, which was supposed to be released sometime during July, is now going to be released later this month, on August 21st. It’s a shame that the game received this small delay but if the extra time was used to polish the game further, no gamer will really complain about the matter, that’s for sure.

Spooklands looks like one of those games that’s really easy to pick up and play, thanks to a simple but exciting gameplay experience. The game is an arcade-shooter title where gamers will have to shoot anything that moves during the game. The endless hordes of enemies can be kept at bay by the use of power-ups, which increase your survival chances considerably. The game’s controls are also incredibly simple, with a single tap used both to move and shoot, but also challenging, as the controls need to be fully mastered in order to keep going as further as possible in the game.

Spooklands will be released on the App Store on August 21st for the price of $0.99. A really low price for the amount of fun this nice new game promises.