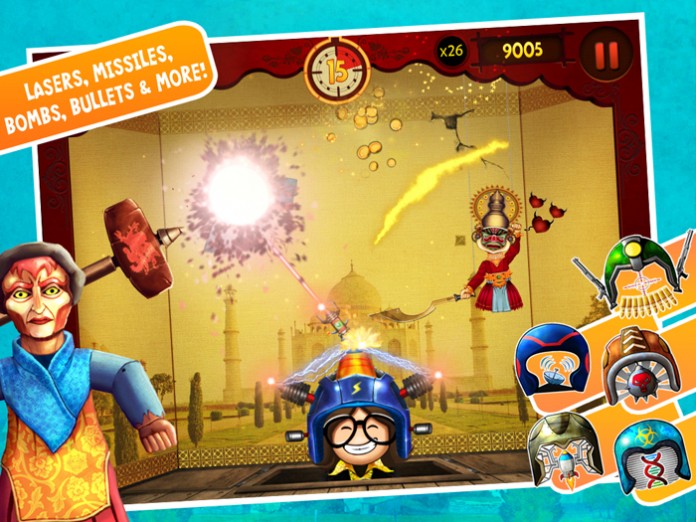 Puppet Punch is a really fun arcade game that’s been available in soft-launch mode in select regional App Store. If you don’t have access to any of these regional Stores and are interested in the game, you will be happy to know that the game is going to be released globally later this month.

Puppet Punch is a nice arcade game where players will have to control the young Pablo as he punches puppets dropping on the screen from above. To punch them, players will simply have to tap them as soon as they appear. Things, obviously, can get quite hectic with all these puppets falling down so losing is not something unusual. Thankfully, players will be able to restart from the beginning of the round and also collect a variety of power-ups that will make their punching tasks easier. At the end of each of the game’s stages, based on various regions of the world, players will also have to fight and defeat powerful bosses.

Puppet Punch is not going to be the deepest game available on the App Store but it will surely provide some hours of good fun. The game will be released globally on the App Store on January 29th for both iPhone and iPad.