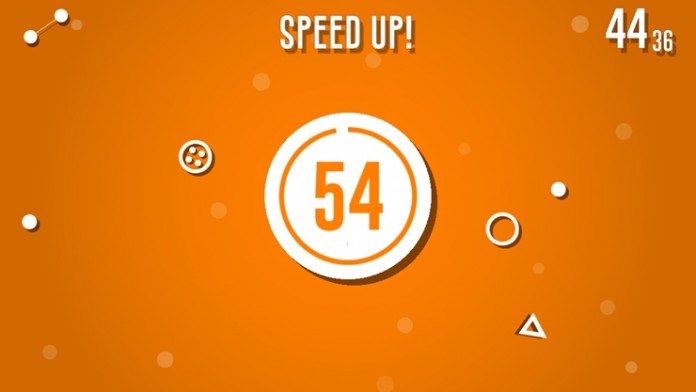 It’s always nice to see some really though games emerging on the App Store every now and then. With mobile gaming getting more popular each day, the overall difficulty level for the newly released games is getting lower and lower in the attempt to make more newcomers play more games.

It looks like, however, that 3Arts Studio had no such intention when developing its arcade game Plax, a really intense experience that’s only meant to be played by highly skilled players.

The game’s presentation is simple but effective and serves as a good way to show gamers that Plax is nothing like they might have played before. During the game you will have to control two different plax circling around a central blob. Needless to say, this blob will attack you with bullets, lasers and more. Other enemies will also be coming at you, meaning that you will havr to be really fast to survive as long as possible.

Luckily you will be able to fight back after you collect five energy orbs, which will allow you to destroy the bullets. Still, this doesn’t make anything really easier, as the dodging will still be hectic.

Plax will released on the App Store next week, on May 1st. Make sure to keep an eye on the game if you’re looking for a truly hardcore experience.