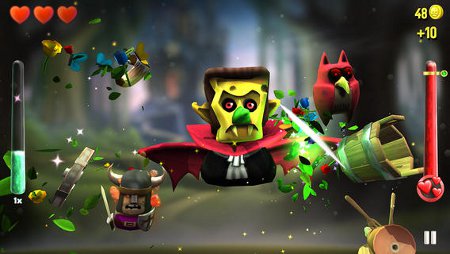 There are some things that only an arcade game can accomplish, especially on the go. There’s really great satisfaction, sometimes, in just picking up and playing a game without having to deal with more complicated game mechanics.

KingHunt is going to be such a game. This new arcade game, developed by Mountain Sheep, has been released a few hours ago on the Australian App Store so it will soon be available in the rest of the world.

KingHunt is not so different from another mobile title that pretty much everyone knows: Fruit Ninja. Unlike that game, however, KingHunt has a more varied setting. The cartoonish graphics give the game a really unique look.

In KingHunt, you will have to slash at everything that appears on the screen. With the objects bouncing around, thing can become quite hectic. At the same time missed objects will be bouncing towards you and, if not stopped, will deplete your energy.

You’ll also have to deal with multiple enemies, each with his own unique characteristics. Slashing more than one at the same time will allow you to obtain some combo bonuses.

As one might expect from such a game, there’s also a light storyline that ties everything together. The game’s story contributes in creating the unique cartoonish atmosphere that permeates the game.

KingHunt will be available before the end of the day on the App Store. The game will only cost 99 cents so make to keep an eye on this title if you’re looking for a game that is easy to pick up and play. 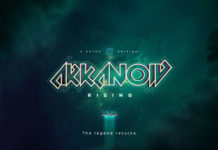