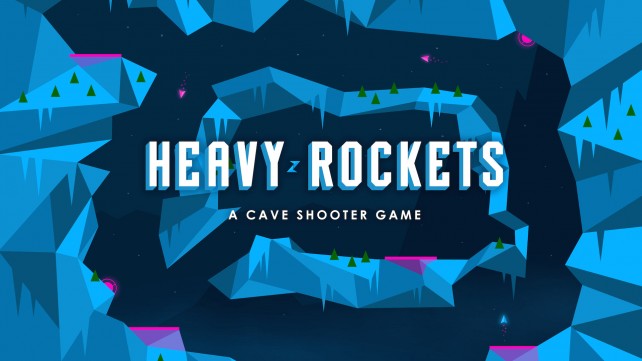 Last year developed Majasalmi has revealed new arcade game for iOS called Heavy Rockets. The game was originally going to be released back in 2014 but the game still hasn’t become available on the App Store in all regions. Still, it looks like things will change soon, as those who have access to the New Zealand App Store are now able to download and play the game.

Heavy Rockets is now available in soft-launch mode on the New Zealand App Store. This is
actually a first, since indie games have never been soft-launched before, and it’s definitely a good thing as the team will be able to use feedback to further improve the game before its global launch.

Heavy Rockets is a really interesting arcade game where players will have to get the best time possible on a variety of tracks. What makes the game very interesting is the minimalist graphical style and the variety of weapons included in the game.

Heavy Rockets is now available in soft-launch mode on the New Zealand App Store. We have no idea on when the game will be released globally but we will let you know more about the matter as soon as possible so stay tuned for all the latest news.