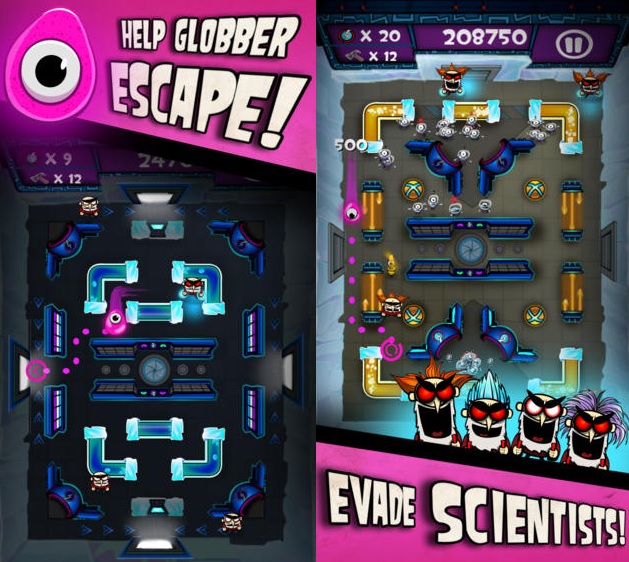 A new arcade game heavily influenced by the classic Pac-Man is now available for free on the App Store.

Globber’s Escape, developed by Robomondo, doesn’t really try too hard to hide its main influence but it’s not a bad thing, as the experience is really charming and hard to put down, especially if you like arcade games to play on the go. In Globber’s Escape you will control a blob called Globber who has to escape from some scientists who want to use his power to control the world.

Globber’s Escape uses a top down view, just like Pac-Man, but instead of Ghosts you will be trying to avoid scientists instead of ghosts. The included Power-Bot works pretty much like the Power Pellet of Pac-Man, allowing the player to take down the scientists.

Globber’s Escape’s gameplay experience is made more engaging but a variety of elements. The fact that the game can go on potentially forever adds an exciting element that pushes the player further. Collecting items and increasing the score multiplier also adds another incentive for continuing to play the game. It may not seem much, but seeing the score increase is incredibly satisfying.

Globber’s Escape is now available for free on the App Store.