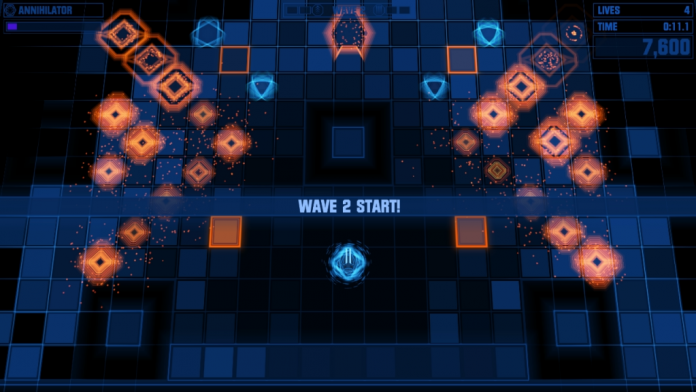 If you’re a long time gamer and have played all the more popular arcade games released in the 80s, there’s a very good chance you know about Robotron, an engaging and challenging arcade game developed by Vid Kidz which has also been ported on a variety of other formats. If you miss the game and want to play something similar, you will be happy to know that a new arcade game heavily inspired by Robotron is going to be released soon on the App Store.

Devastator is a dual stick arcade game where players will have to fight waves of enemies inside arenas that change with each wave. As in all true arcade games, players will be getting points for each destroyed enemy as well as for pods that randomly appear during the action. These pods will also allow players to activate a variety of special abilities such as teleportation, the ability to summon drones and much more. Devastator will include, together with 50 waves of enemies, different difficulty levels and even controller support, allowing players to play the game in a more comfortable way.

Devastator will be released next month on the App Store for the price of $1.99.