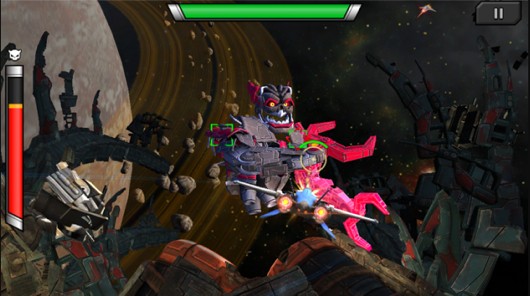 If the Star Fox-esque iOS arcade space shooter Arc Squadron’s price tag was keeping you from giving it a go, developer Psyonix has an interesting new update on the way that you’re definitely going to want to check out.

According to a press release that was sent out this morning by Psyonix, Arc Squadron will be receiving a new, updated version next week aptly titled Arc Squadron: Redux. The new Redux version will include various tweaks, bugfixes, and quality-of-life improvements for Arc Squadron and will also lower the game’s normal price of $2.99 to the much more wallet-friendly price of $0.00. That’s right, when the update goes live next week, Arc Squadron: Redux will be available absolutely free.

Psyonix’s lead developer Dave Hagewood expressed his enthusiasm for the upcoming update, saying that the game’s continued popularity and success (the original version of Arc Squadron launched last year) is what inspired him and his team to develop the Redux version:

“We were thrilled with the critical acclaim that ARC Squadron received last year with the launch on iOS and we are now also proud to offer our community a new and improved version of the game with lots of playability tweaks and bug fixes to make the game generally more fun for new and existing players. And as a special thank you to our fans, we are also going free forever.”

Arc Squadron: Redux will be available as a free iOS download next week on October 17th via the iTunes app store.