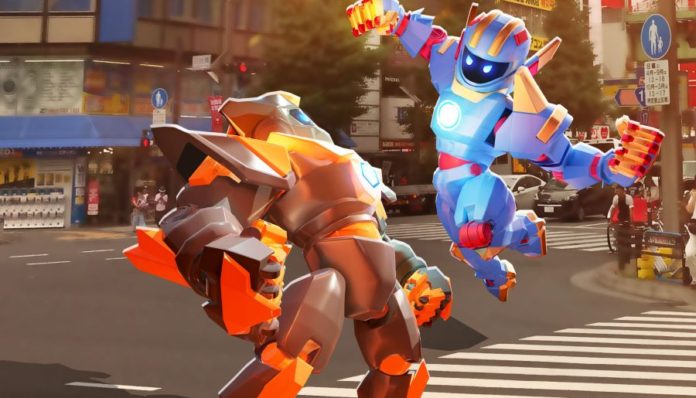 If you want to get better at robot building and battling, then our AR Robot cheats and tips in this complete guide should definitely help you get where you want to be – and above.

Until very recently, I was completely against AR titles because they seemed to focus too much on the AR thing instead of gameplay or other actual useful game-related stuff. But now I love them and AR Robot is one of the many reasons why I do. I had a blast telling my 5 years old son that there’s a robot on our aquarium and watch him search for it, only to reveal it with my “magic glasses” aka my iPad.

But family-related stuff aside, AR Robot is really a good and fun game for young and old. And I’m here to help you get the most out of it by sharing some AR Robot tips and tricks below! 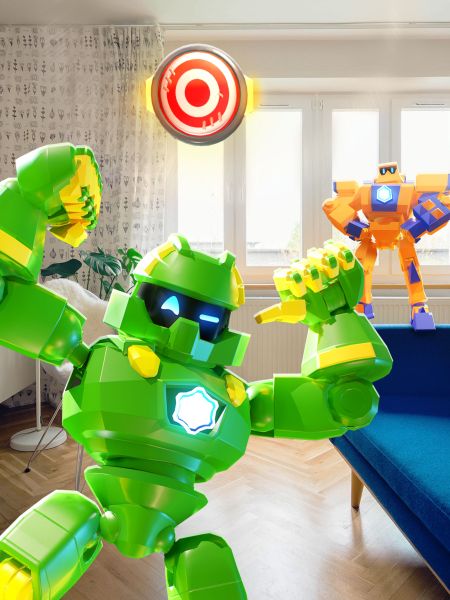 I first placed it right on the desk in front of my – because I am lazy like that – and that didn’t prove to be a smart move since I couldn’t really see anything later on. So I had to reposition my robot – and that’s when I found the aquarium.

About seven feet away from me, that proved to be the perfect place to host my robot and I doubt that larger distances would make things more difficult. So don’t be afraid to play a bit with your robot’s positioning before starting to play.

Train until your fingers hurt
This is the most important thing to spend your energy on, low level or not. You will have to train constantly in order to get resources for upgrading your robot and buying new stuff. Also, without training you will be pretty much useless in combat (I found that out on my own skin after losing 3 fights in a row by getting into fights with no training under my belt).

There are three different training categories that you can choose from: strength, defense and precision, all of them giving you items required to level up that specific stat. The goodies you earn from training can also be spent on buying new parts for your robot as well as earning experience for leveling it up… so yes, do that often.

You will have to try and go for all the training sessions, even though you will probably have a favorite. Strength is, in my opinion, the easiest to beat since you only have to tap the screen, while Precision is at the opposite corner, being the most time consuming and difficult.

But go through all of them in order to make sure that your robot develops nicely (and you have resources for that).

Upgrade your stats
After getting your resources, go spend them on upgrading your robot’s stats first. Strength increases Damage, Defense increases Health and Precision increases your Block and Dodge chances.

So in the end, focusing on just two could be a good strategy too, as long as you don’t keep more than 5 levels in between the skills. I personally focus more on Strength and Defense and it has paid off so far.

Buy new parts
By going into the Build menu, you can buy new parts for your robot. Most of these parts also have an effect on your three main stats, so it’s a good idea to browse through them and always get the one that increases them all by the highest values.

Have in mind that some – like Skins or Cores – are purely aesthetical, so don’t rush to invest in those early on. Instead check out all the other parts that you can unlock and get them as soon as you have the resources and meet the level requirements for them. 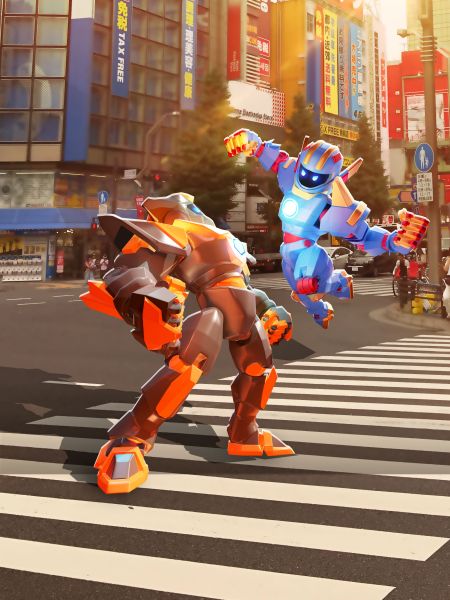 Buy and upgrade abilities
Finally, your robot has three different abilities that you can take into battle and tap to use them in order to give your fighter the upper hand and increase your chances at winning in AR Robot.

There are 15 total abilities that you can purchase, each with 5 levels – and each very expensive, so you should do some planning.

The truth is that you will mostly use the lower cost ones in order to win battles, so my recommendation is to first work on unlocking and upgrading the Backhand ability. It only costs 4 energy in battle and is, out of all the 4-cost abilities, the one dealing the most damage. So we’ve got ourselves a winner here!

Then, you can easily focus on working on your Small Heal and if you really want a more expensive skill, choose Aerial Kick (6 energy cost and better than the one you have unlocked by default) or the Jumping Uppercut (7 energy and very powerful).

Watch ads to double your earnings
Take advantage of this whenever you have a solid reward being awarded for your performance in training or in a battle against another AR Robot. Watching ads can be a great way to double your income and get more resources faster. A shortcut that you should always take, especially since it also helps the developers of this great game.

Also, some of the items that you can equip your robot with can only be unlocked after you watch a specific number of ads – so if you want them, you know what you have to do!

This would be all that we have for you in terms of AR Robot tips and tricks. If you have additional advice for fellow players, don’t hesitate to share it with the world by commenting below.