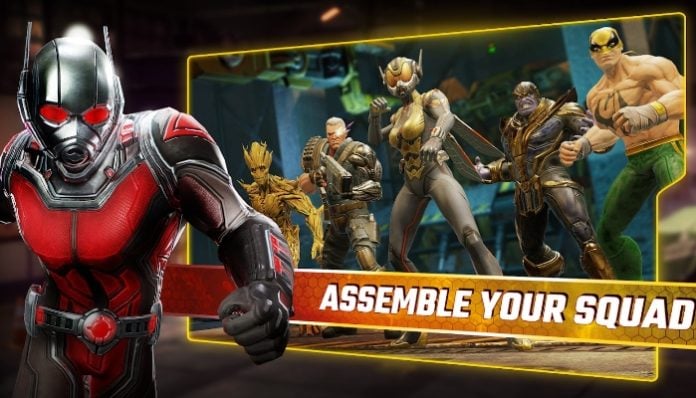 Patch 1.3 has just dropped for Marvel Strike Force, and things are getting a little… buggy! That’s right – the size-shifting super hero Ant-Man is here to out wit your opponents, and players can now recruit him onto their teams!

Ant-Man is a Controller-type hero who dominates enemies with his tricky special abilities. Also entering the fray is his trusty partner The Wasp, a Blaster with high evasion and powerful attacks. These two heroes also share synergy with each other, so pair them up and watch them dominate the battlefield!

In order to recruit Ant-Man, players will need to battle through the new Ant-Man Event Campaign. This campaign will introduce you to Ant-Man in an all-new adventure! Playing through the campaign levels will reward you with Ant-Man and Wasp orb fragments. The event campaign does not take that long to get through, but a second chapter featuring The Wasp will continue the story later in July.

A new battle environment has also been added: the Secret Submarine Base! Ultimus has fled to the bottom of the ocean, and now you can chase him down there and battle it out.

The Raid Season Leaderboards are now officially live with this update. You and your alliance can see how you rank up against other alliances around the world in raid battles. Increase your ranking to get awesome rewards!

This patch also features a number of balance changes. The level cap will also be increasing to level 65 soon, which will bring with it new raids and changed old raids. Details will come later. 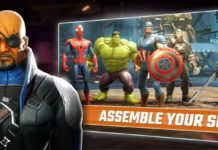 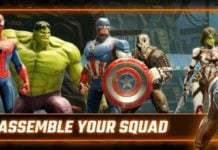