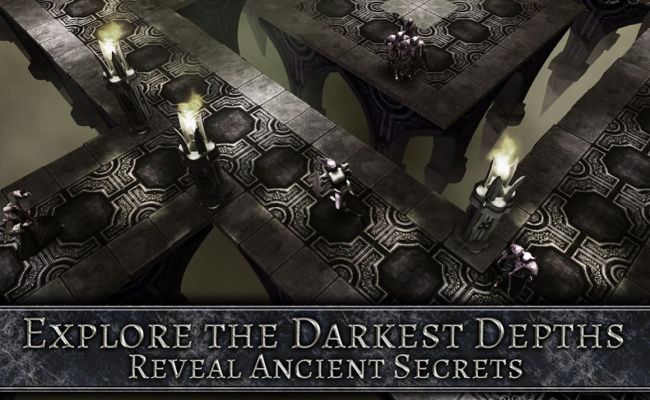 In today’s article we are going to take a look at all of the AnimA tips and cheats to help you become more powerful and to have a stronger character in the battle against evil forces.

I have to admit that I’ve not only been impressed by the game’s interesting graphics, but also the “class” select which I will tell you more at the beginning. It’s quite a unique concept, and given the overall ‘dark’ theme of the game, it’s blending in just perfectly!

But enough praising the game for you! We’re here to check out all of the AnimA ARPG tips and tricks that we have for you get stronger, so let’s not waste another second and dive right into them!

At the very beginning you will b asked to pick one of the three Masteries shown there for you. That will basically be your “class” selection and if you’ve got some experience playing ARPGs, then it shouldn’t be hard to pick the one that you like the most, but if you are completely new to the genre, then let me explain:

– Skirmish: This is basically the ‘tank’. It has defensive skills as well as increased HP and HP regeneration, which makes for a very good beginner-friendly class. It has two skills, Stone Skin and Whirlwind, where Stone Skin allows for even more tankiness.

– Sorcery: This is the ‘Mage’. They can use spells to keep themselves safe (by the use of Teleport) or to destroy huge waves of enemies with magic (their Storm skill).

– Archery: Pretty self-explanatory, this is the Archer class. They have very high damage, both single target and AoE, and their abilities rely mainly on dodging the incoming attacks and killing enemies from afar.

I suggest that you pick the one that you are most familiar with, because if you have some experience, then it’s going to be a lot easier to understand each class. I would honestly recommend that you choose either Skirmish or Archery, as Sorcery is quite a bit skill-reliant so as a complete beginner, you might not have the best of times.

Allocate points according to your Mastery

In the game you are not going to receive gear just for your class, and that is exactly why allocating the points in the right section is going to be quite a big deal overall in the game. For instance, even if you are a sorcerer, you can still pick up Archer items and vice-versa. So having some points allocated into everything is an important factor which will let you equip better gear.

At the beginning it will not make much of a difference, but the more you advance and progress through in the game, the more this is going to become more and more necessary to having a strong character.

My suggestion would be that from the very beginning you start to allocate about 5 points into everything, but then focus on your main stats first. So for example if you are an Archer, you will want Dexterity higher than all the other stats, if you are a Sorcerer then you want Intelligence to be your highest and as a Skirmisher you want mainly Strength.

Identify items and equip the best ones

I suggest that you always identify first the items for your class, and the ones which are higher quality than the normal ones (for example blue gear = Rare gear = more stats than normal common equipment). So it’s better to wear a rare equipment piece than a common one.

Try to compare all the equipment you identify and put on the ones which give you the most benefits because that will make a huge difference. Also, whenever you get a slightly better item (let’s say 1 damage difference) you can equip it because it will also make a difference. That 1 difference in damage, added with all the multipliers, can end up in you 1-shotting the enemies!

This is something that you will learn the more you play. Basically there are some items worth identifying, and some which is not worth bothering with, because they won’t be of any use to you. So it’s not worth wasting Gold on identifying those which you won’t really have much use for.

I would suggest that you try and see how much you need a certain stat for wearing a piece of gear, and if you don’t have the requirements, then don’t bother with that gear. Better save the Gold!

Sell the equipment you pick up for Gold

Since you’ll pick up a lot of gear from the battles with the various creatures, your bag will fill up relatively quick (depends on how much you fight). I suggest that when your bag fills up, you head back to town and sell the unwanted equipment to the NPCs in exchange for Gold, because they will keep adding up.

Also, another thing worth mentioning is that if you are low on Gold, you can do the following: go farm and pick up all the equipment you can, then head back to town and sell the gear. That is one way to make Gold continuously, even though it is basically a farm.

Farm for Gold and EXP

So as mentioned previously, if you are running low on Gold then I suggest that you go on into the first map that you find (or the highest one) and start farming equipment. Start picking them up and when you’ve filled your bag just head back into the city and sell them.

This is a slow, but constant source of Gold and EXP so if you don’t mind or if you want to farm while not worrying about quests and tasks, it’s a way to improve over time.

Every time you level up you will receive 1 passive point which you can allocate to your skills. These points will basically decide your build, so try to allocate them in the correct order so that you can get good skills early on.

Simply head on to the Skills menu and start allocating your points only after you read each skill and decide for which you want to go. That way you will know for what skills you want to go for first.

Another important thing to mention here is that once you unlocked a skill, it will not go directly to your skill bar. You will have to drag and drop it there, wherever you want it to be. So don’t forget to do so once you unlocked them, because it took me a little while to realize that the skills I unlocked didn’t go there!

I advise that even if you don’t do this for monsters, you at least do it for bosses because they will deal a lot of damage if you face them head-on.

You start attacking the enemy from as far as possible. Then, the monster will aggro you and will start chasing you. What you should do is keep attacking it while distancing yourself from it at all times. Your character can outrun any monster, so try to keep this in mind. When you are at a safe distance, land another attack.

To make kiting much easier you can try running in circles because that works very well for this. You can also try kiting huge packs of enemies and gather them all together. When they’re grouped up, you can use an AoE skill to hit them all. It takes a little practice, but once you master this, it’s going to be very easy and will save you a lot of deaths!

There are in game achievements that you can claim when you are in town. You complete these by completing various in-game tasks, so you should definitely give them a quick read before you start going out of safe zone and keep an eye out for all the achievements you can complete! They will reward you with Gold and other goods, such as Unique Boxes!

Store your goods in the Stash

In the town you will find a big chest where you can stash your equipment or other useful items that you won’t use right away. I suggest that you store some unused currency in there as well as equipment that you will use later on when you leveled up a little more, just so you won’t NPC it by mistake!

These would be all of our AnimA tips and tricks that we have for you right now! Do you know some more useful game tips and strategies that you would like to share with the rest of us? Feel free to leave them down in the comments section below!