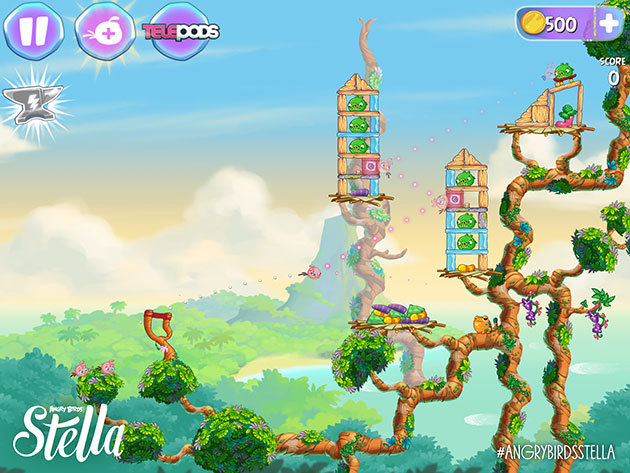 The new Angry Birds game announced back in February by series creator Rovio has finally received a solid release windows, as well as its first screenshot.

According to Rovio, Angry Birds Stella will be released later in September. A precise release day has yet to be confirmed but more should be announced soon.

Judging from the new screenshot, the game will not be that much different from previous entries of the serie, despite the focus on “female heroism and friendship”, as revealed by the team back when the game was announced.

The fact that all the characters will have a more cutesy look doesn’t ean that the game will be any easier or lose features. Rovio has confirmed a while back that we will be getting birds with brand new powers and some challenges that will prove to be difficult even for Angry Birds veterans.

Following the release of the game in September, a new animated series will be launched for the game. So if you haven’t had enough of the new characters and the new setting, you’ll know what to do later in September.

Angry Birds Stella will be released on September on the App Store. We will let you know when the game officially launches as soon as a release date is known.