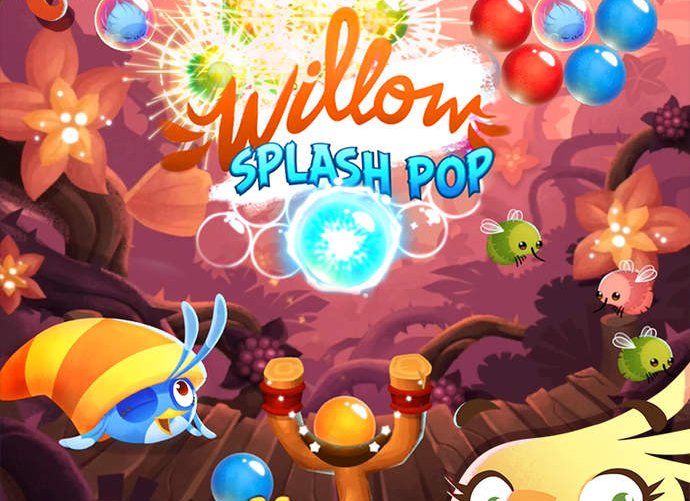 Rovio have launched a brand new game in the Angry Birds franchise, but it’s nothing too spectacular: instead of brand new revolutionary mechanics and game ideas, they have launched a new match three title, Angry Birds Stella Pop. Fortunately, it’s a really good game for the fans of the genre and we are here to help you get the most out of it with some Angry Birds Stella Pop cheats and tips that will hopefully help you complete all stages with three star ratings!

So if you got stuck at a specific level (as it happened to me early on with level 15), check out our Angry Birds Stella Pop tips and cheats and maybe we’ll be able to help!

1. Match at the top
The most important thing in the game is to match as high up as possible in order to drop a ton of balls without having to waste time on them. It’s not easy and not always possible, but always look at the whole picture and see if there’s a chance to create a match that will result in the drop of a ton of balls and work your way to get there – the faster, the better!

2. Switch the balls
Something as easy as switching the balls between them can prove to be an extremely effective way of winning each level easier. Simply tap the ball under the sling and it will replace the one already selected – then use it to your own advantage to cruise through the levels!

3. Keep the Streaks going
It doesn’t really matter what character you’re playing as, but unlocking their streak power will give you a huge advantage. So always try to keep the streaks going and match until you fill it to unlock the super power – if you don’t have a nice combination of bubbles available, set up the road first and then go for a streak.

4. Master the wall-shots
It is extremely important to be able to bag a solid wall-shot every time you need it, so you should practice these until you become an ace – master thins technique and it will be a lot easier for you to reach the hard to get places and cruise through the levels.

5. Connect the game with your Facebook account
Having friends to play against is not only fun when it comes to comparing high scores, but in the case of Angry Birds Stella Pop it’s also extremely useful: they can send you extra lives, so that you can continue playing for as long as your heart desires. So make sure to connect the game, add your friends to the game and start sharing hearts with them!

6. Use the power-ups wisely
You get just a few power-ups for free in the game and you should try to stick to those for as long as possible and use them when you are 100% sure that they can make the difference and help you beat a level that you can’t otherwise beat. Once they’re gone, you will have to pay real money for them and they are pretty expensive!

7. Keep replaying
That’s the key to getting the three star rewards in the game – or completing a very difficult level: replay them over and over again. Eventually, you will get a great setup of bubbles and an even better set of bubbles to shoot and you will beat the game. It’s not impossible even though it might seem so after 20 tries or so!

Do you have other strategies or tips for Angry Birds Stella Pop? Let us know by commenting below! 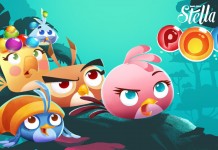 Angry Birds Stella POP! Now Available In All Regions On The App Store