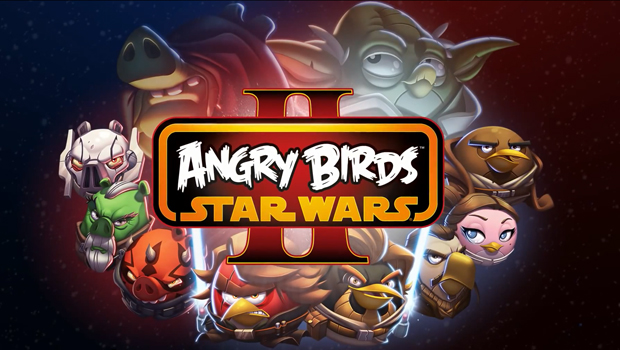 If you haven’t had enough of the recently released Angry Birds Star Wars II you’ll be happy to know that Rovio has released a new update for the game, which includes new playable characters, stages and more. Can you feel the power of the force within you now?

The new update introduces eight secret levels. Unfortunately, they will not be available from the beginning but must be unlocked by finding treasure maps.

Together with the eight secret levels, the update also adds four new characters, the Hologram Darth Sidious, Silver C3PO, Red Battle Droid, and Shadowtrooper. These characters can be bought or obtained by playing the game.

The update also includes four new Reward Chapter Levels, which can be unlocked by obtaining a certain amount of points with the new characters.

Angry Birds Star Wars II improves the formula of the original Angry Birds Star Wars in a few different ways. The new game is based on the first three episodes of Star Wars, starring Anakin Skywalker as he starts getting closer to the Dark Side and ultimately become the dreaded Darth Vader.

Together with new characters, powers and stages, Angry Birds Star Wars II comes with a unique feature which allows gamers to use real figurines inside the game, a feature heavily influenced by the PC and console series Skylanders.

Angry Birds Star Wars II is now available for download on the App Store. The game is playable on both iPhone and iPad.

If you have been living in the desert and know nothing about the Angry Birds phenomenon, you can check out a gameplay video for the game right below.

May the force be with you, young birds!