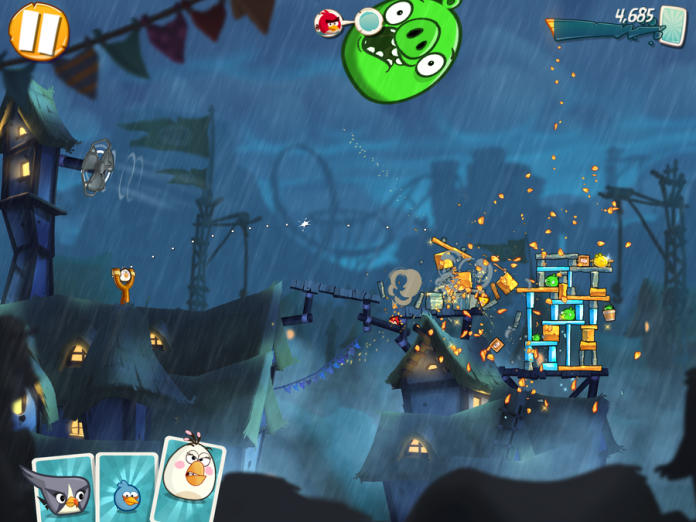 Angry Birds 2 has only been released a few days ago, managing to become quite successful in a very short amount of time. If you’re among the over 1 million players who are enjoying the game, you will be happy to know that more content has been added to the game with a new update.

The new Angry Birds 2 includes a chapter called Pigsyland, which features 20 theme park levels. These levels will challenge players with even more things to destroy and enemies to defeat.

Angry Birds 2 plays not all that differently from previous entries of the series. Players will have to use the sling to catapult birds into building in the attempt to defeat all the piggies in each stage. The game does come with some new features not found in previous entries such as boss fights, randomly generated levels, onine arena mode and multi-screen stages. Unfortunately the experience is ruined by an excessive use of the free to play mechanics, a shame considering the core experience is much better than in previous games.