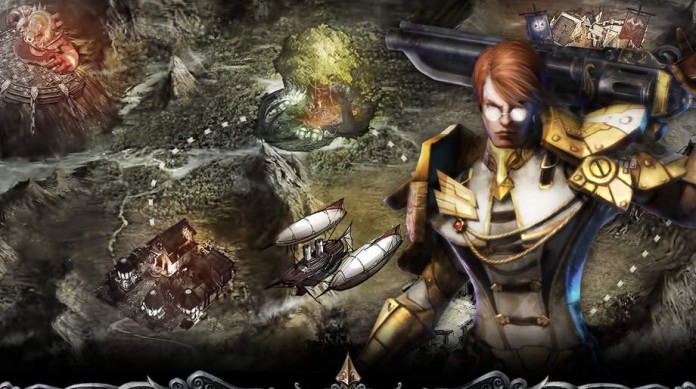 Angel Stone is a brand new hack and slash game for the iPhone and iPad created by Hello Hero developers Fincon.

I did play this game extensively – and you will do so as well, and I am here to share with you a bunch of Angel Stone cheats and tips for a complete strategy guide that will take you through all the stages without any hiccups.

So if you want to improve your game and know everything a beginner has to know about Angel Stone, read on for some valuable tips and tricks!

Decide what class you want to play

If for some reason you decide to play it smart and read a guide before deciding which hero type to choose, you are in for a treat: the ranged hero is the worst option in my opinion, with the battle for the best one being between the Melee fighter and the mage. I’d go with the sheer power and “go for it” approach of the melee warrior!

But since there are three classes in the game, I will tell you more about them down below:

Berserker: this is the melee class which can take on multiple enemies easily because it is tanky by default and quite fun to play as well! They can easily tank and inflict deadly damage, because their base defensive stats are the highest in the game.

Gunslinger: this class is ranged, and while it has a very low defense, it does have one of the highest DPS in the game. However, you need to keep your distance in any fight because the stronger the enemies, the less you will be able to survive in a 1v1 fight (unless you kill them first).

Shadow Mage: this is the “balanced” class which balances both defensive and offensive stats into a well-rounded hero. They will do great in any kind of battle and I have to admit that if you are not decided which fighting style you enjoy most, you should try Shadow Mage!

What is the best class for me?

No matter how much experience you have playing games, all three of the classes are relatively easy to understand and play, as long as you know what their skills do.

But if you want to have an easier time, I would suggest Berserker or Shadow Mage.

Don’t activate auto walking: you will not be able to give specific orders to your character, like retreating strategically or changing attacking position. The best fight is that where you completely control your character.

If you really want to use Auto, then you must expect your character to use the skills randomly and walk however it wants, but that won’t be such a big issue during the normal mob fights.

However, when you are fighting bosses I really suggest that you do your best to avoid playing with Auto because you won’t be able to dodge the yellow carpets (boss’ skills) and if you are in a pretty advanced stage of the game, you probably know that they do A LOT of damage and it’s best if you avoid it.

While Angel Stone is the name of the game, they are also a feature in game which basically dictates how strong your character is or can get! You can find them in the Hero button and in the Angel Stone tab.

I suggest that you level up your Angel Stones every time your character levels up. The Angel stones are the spells, summon creature and passive skills – and you can level them all up to the current level of your character.

Make sure you have them all maxed out for dealing maximum damage and cruising through the stages.

How to get more Angel Stones?

You can obtain more Angel Stones from the stages, missions and by buying them. I suggest that you read them all before and decide what build you want to make, because there are four main types of Angel Stones:

– Active Angel Stones: These stones contain various active non-ultimate skills for your character. These are used during battles on a normal basis and can usually be found most commonly (stages, shop, etc).

– Ultimate Angel Stones: There are just a few of these – they are your strongest skill, and whenever you have obtained one, you should definitely use it because it will be a major boost for you.

They are a little difficult to obtain, so decide which one / ones you like the most as you can probably not get all of them in a relatively short time.

– Summon Angel Stones: These stones will summon various creatures to fight for you, so they are going to basically “increase your numbers”.

– Passive Angel Stones: These Angel Stones won’t appear on your skill bar, but they are basically going to increase your stats passively, so try to obtain as many as possible because they can all apply!

You can combine Summon Angel Stones with various Active and Passive Angel Stones to create some very powerful builds which can be unique to your character!

Farm to get stronger

Similar to plenty of other games, farming is going to be your main way to get stronger in Angel Stone. By farming you can find various Angel Stones and also gain plenty of EXP to boost your character.

After completing an episode, grind on all stages over and over again with Blitz (or not) in order to maximize your gains, both in level but also in terms of items, Angel Stones and other loot. Make sure you take all possible approaches and complete each stage at least twice.

Even if you don’t really plan on playing the game for a particular day, you should still take the time and log in for some great rewards: this is how it just goes and it’s worth it because this is the easiest way to get a ton of Diamonds.

If you have some extra time (even if just a limited time), then once you logged in you should also try doing your dailies above anything else, because they give worthy rewards.

Learn the best way to battle for your class

Now arguably one of the most important features of the game is knowing how to actually battle according to your class!

As a Berserker, the best approach is going berserk straight in the middle of the opponents and wreak havoc from there using your Angel stones. You can tap enemies to indicate those you want your hero to focus on and you have control over your Special Skills.

As a Gunslinger you can try to get some Summon Angel Stones to tank for you and just keep distance from the enemies (kite enemies) while attacking them! This way you will avoid most of the damage and you can deal even more!

As a Shadow Mage you can go into battle either way – there are some fun melee-range skills which allow you to play in a style close to the Berserker, and some ranged ones, but you can try both and see which ones you enjoy the most.

Also, because the class is fairly tanky, you don’t have to worry about taking too much damage as you can tank a bit.

Make sure to use your skills smartly because they can really make a difference in battle: for example, there is no point in using the one that turns you into a massive damage-causing whirlwind when you have few enemies around.

Learn the waiting times of each Skill and decide when it’s best to use them (when you get the most damage done).

When it comes to defeating bosses, the same strategy usually applies. If you have your summon alive, it’s even better, but usually a nice combination of smart choosing your Skills will take out any boss without any real problems.

Some are trickier to defeat – learn their attacking patterns and don’t be afraid to run away from them in order to escape the attack, then quickly counter with an Angel Stone to defeat them.

Check out the Shop daily!

In the Shop you will find various items that will sell for in game Gold. Of course, there are some premium items too which cost Carats, but now we focus on the f2p items.

Make sure that you check out the items in the shop every single day because there might be some super useful ones that you need!

All of the equipment that you have and will not use because they are low grade, you should sell them in exchange for Gold! That is something that I have found pretty useful especially if you find yourself constantly running out of Gold for making various upgrades.

You can also dismantle it, but depending on the equipment some are better to sell for Gold!

Do you have other Angel Stone tips and tricks to share with us? Let us know by leaving them in the comments below!