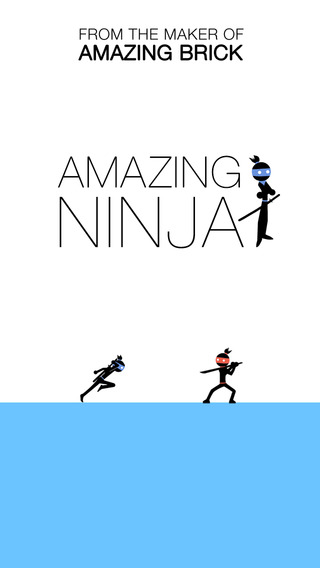 Run, dash, and slash your way through the colorful blocky world of Amazing Ninja! Amazing Ninja is an endless runner that tests your timing and dexterity. Slash all of the red ninjas, but be careful not to hit your own blue ninjas! Get ready to run with the help of our Amazing Ninja cheats, tips and tricks strategy guide!

1. Slash through the red ninjas!

Try as hard as you like, but you can’t jump over the red ninjas. They’ll simply just chop you after you move past them. Be sure to watch for them and get ready to attack! Here’s the key difference between the red and blue ninjas: red ninjas will always be standing still, waiting for you to come to them. Blue ninjas will be actively running towards you.

2. Jump over the blue ninjas!

Harming a blue ninja will bring the game to an immediate end, so you want to jump over them. You can’t just run past them as you’ll crash into them, killing both the ninja and you. Don’t attack them either! Look carefully at the color of the mask before you swing or jump.

Timing your jumps is key to surviving the run! Remember that you also have a double jump that can help you correct a mis-timed jump. Keep an eye on the right side of the screen, as that’ll show you want kind of platforms are coming up. Sometimes the platforms get really narrow so you need to time your jumps earlier than usual.

4. Watch out for landing lag!

When you hit the ground after a jump, you can’t attack for a split second. This is important to remember as it can screw up a really good run if you aren’t careful! You want to try to space yourself so that you have a little bit of ground between you and the red ninja that’s coming up, so you can compensate for the landing lag. If it’s just a blue ninja you can jump over him.

Running at a red ninja while mashing the attack button is a quick way to get yourself killed. Sometimes it works, most of the time it doesn’t, so you need to actually time your swings! Don’t run in blindly swinging like crazy!

Like usual, this is one of those endless runner games that demands heavy concentration. After a couple tries you might get frustrated, at which point you should take a break. You won’t be able to concentrate and you’ll only frustrate yourself further, so step back and relax!

Most importantly though, have fun! If you aren’t enjoying it, play another game for a while and come back later. If you have any other questions or suggestions, leave a comment below.