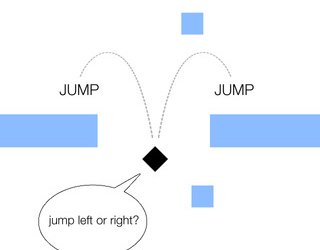 Amazing Brick is, in my opinion, the next Flappy Bird: it’s amazing, it’s difficult and it’s different. A great title that I love playing – and I am sure that the same can be said about you too. But now it’s time to check out some Amazing Brick cheats and tips because without them, chances are you won’t be able to get very far and score a ton of points. They might not help either, but we should at least give it a try.

So check out below the Amazing Brick tips and tricks for the Flappy Bird killer that was just launched on the App Store!

1. Fast vs slow tapping
You can go all crazy with fast tapping and cruise your way though the dots and openings, or you can take it slow and jump over and over again until you are in the perfect spot to score that next point. I would suggest to master both techniques, as sometimes being able to tap fast will take you through the openings easier than planning it all with slow taps, but in the end, it’s the slow tapping that has to be mastered if you really want to go far because you can rarely go wrong with the slow taps, while the fast ones have a greater chance to result in a fail.

2. Master the fall
Just like the case of Flappy Bird, the fall of your brick is extremely important: the longer you let it fall, the more distance you get, so you have to master the fall like a true shaolin boss: tapping the screen again at the right time will give you the edge in this game. It takes a lot of time, sweat and probably rage quits, but you will eventually be able to do it.

3. Play with two fingers
I don’t know if anybody is even trying to play Amazing Brick using just one finger, but if you do, stop it right now and use two fingers to make it a lot easier for you to tap the sides of the screen.

4. Take breaks & stay calm
It’s really difficult to do this, I know, but think like the shaolin master you will have to become and try to remain as calm as possible. If that’s not an option for you, then just take short breaks from the game: five minutes are enough for you to clear your head, cool off and give it another try at the top score on the leaderboards. The angrier you are, the more difficult it will be to concentrate and get further.

5. No distractions
Remember when playing Flappy Bird surrounded by your friends, with the TV going or talking to somebody? It resulted in you playing awful and the same will happen with Amazing Brick. So if you want to score high in this game, make sure that there are no distraction and it’s just you and the game.

I have struggled a lot at first with this game, as it can be seen in our early Amazing Brick gameplay video below:

But eventually, if you keep practicing and have in mind the Amazing Brick tips and tricks that we have shared with you, you will get past 10 points at firs, then 50, and then 100. Good luck!
Advertisement