Home Guides Almost a Hero: Best Ring to Use in the Game 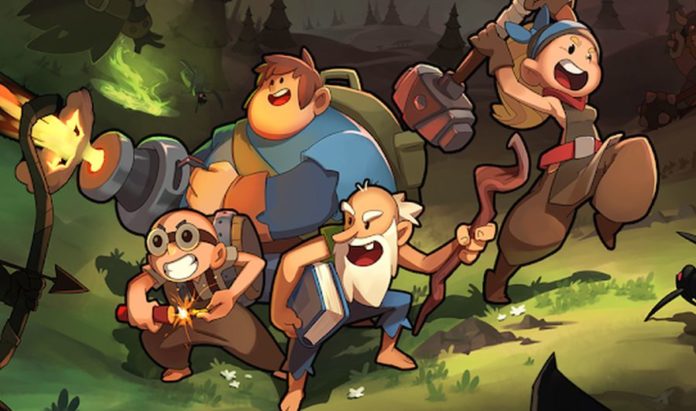 The ring that you equip for each run in Almost a Hero is extremely important as the extra damage boost it offers (plus potential other bonuses thanks to the runes) are vital when you reach the more advanced stages.

But what is the best ring to use in Almost a Hero in 2019 and beyond? We’re here to answer this question in today’s article.

First of all, let’s check out a short overview of all the rings available in the game, with some words on potential runes and benefits each of them offers.

This is the starting ring in the game, and one that encourages tapping. The more you tap, the more damage you do as this ring charges up and releases a Thunderbolt to damage all enemies.

There are 10 runes available for this ring, most of them related to the Thunderbolt feature. The first 4 can be obtained by progressing through the campaign, while the others through chests:

This is the easiest ring to get to 3 runes without paying money (or using diamonds), as you get them quickly through the campaign. At the same time, those are not the best runes for the ring, in my opinion, but still better than what others have to offer.

This is a ring that deals a ton of damage (usually a lot more than the Lightning Ring), but as a downside, instead of charging when you tap, it heats up. If you tap too often or too quickly, it will overheat, becoming unusable until it cools down.

This ring has 11 available runes, 4 of which can be gained from the adventure mode. Most of the runes relate to the Overheating problem in one way or another, making it a very difficult ring to use long term.

Here are the runes that you can get for it:

Cooler: The ring cools 75% faster when overheated. Cools 30% slower otherwise.
Ignition: Deals up to 200% more damage based on the heat level. Generates 35% more heat.
Magma: Increases critical hit damage of the ring by 200%
Blaze: Critical hits of the ring reduce the enemy damage by 75% for 3s.

Fire Resistance: Increases the max heat capacity of the ring by 100%
Inner Fire: When overheated, increases all hero damage by 100% for 5s.
Enchanted Fire: Killing a unit with fireballs reduces the heat by 25%
Meltdown: Each fireball hitting the same target deals 15% more damage (Max 300%)
Explosive: When overheated and fully cooled, increases critical hit chance by 30% for 10s.
Luminosity: Each overheat reduces the cost of next upgrade for fire ring by 5% (max: 75%)
Inferno: Attacks deal 90% splash damage

Because of the fact that it is unreliable and difficult to play, I would personally recommend staying away from this ring. There are better options out there.

An interesting ring that charges up as you tap and hold your finger on your display, dealing more damage if you hold for longer. This way, it can be a good ring to prepare for an instant damage boost to bosses early to mid-game.

It also has 11 runes that you can gather, with the first 4 available after reaching certain stages in the campaign:

Stormer: Full charge of the ring increases critical hit chance by 12%
Ice Rage: Killing an enemy with shards refills 20% of the mana pool.
Sharpness: During a Blizzard, every shard that hits enemies boosts the remaining shards’ damage by 20%
Glacier: Deals +400% damage to stunned units, -50% otherwise

Blessing: Increases the mana pool of the ring by 100%
Cold Wind: Critical hits slow down the enemies’ attacks by 50% for 3s.
Ice Blast: Increases the charging & speed of Blizzard by 50%
Nova: Blizzard rains 25% slower, but increases shard hit area.
Shatter: 50% more shards, each dealing 25% less damage.
Bleak: Tap and hold during Blizzard to increase its duration by 200%
Stinger: Every 0.2s, drops a random shard.

This is an interesting ring and an all time favorite, thanks to the increased control it offers to players and amazing amounts of damage it deals. The slow down rune is usually a must have, as well as the Stinger for constant damage.

The fourth ring that you unlock in the game, during the mid-game stages (sometime around stage 500, can’t remember exactly). This is a ring that’s more passive, similar to the Ice Ring in terms of giving you a bit more control over when to hit and deal tons of damage.

It only has 9 runes available, with just 3 obtainable through the game’s adventure mode:

Wishful: Tapping while charging reduces the duration by 0.2s each tap. Can only reduce 50% of the duration.
Spiritual: When a hero casts a skill, it recharges the meteor shower.
Starfall: Meteor shower also drops a star on the most injured hero, healing 15% of max health in 3s.

This is a really good ring if you have the right combination of runes to make the most out of it. Without them, it’s a bit trickier because charging it up takes a long time… but for early game and support options, it’s actually a good choice.

This is a relatively new ring in the game, being added by a recent update. It’s a much improved version of the Lightning Ring, with very interesting mechanics – like the stacking “Dread” which can be a hit or a miss though.

This is a ring that also makes more active players happy (as you have to constantly tap to use it) and it deals a ton of damage, having really interesting runes: 9 of them, to be specific, with 3 unlockable through regular progress:

This is clearly a ring that has been created with late game in mind – easy to see thanks to its bonuses and usability. As a downside, whenever you start over, it’s not as useful since most of the runes’ power you will use won’t have time to make an impact.

So… what’s the best ring in Almost a Hero?

Now that we know a bit about each of the rings available in the game, it’s time to answer the question. Of course, this is a personal opinion and yours might vary, but here are my 2 cents:

I would say that for most of the time, the best ring to use in Adventure mode is the Lightning Ring. Not only that it is an active ring dealing solid damage, but also equipped with the right runes (which are easier to get overall), it can be a real beast for a long time.

Lurk, Shroud and Flicker: This is a more mid to end game oriented build, for when enemies stay alive for long enough to actually get the stack bonuses. But you do get 30% less damage from enemies, while they take additional damage from your heroes AND you get random Dread being applied constantly without you having to tap.

This would be our guide to the Almost a Hero rings and our top pick for the best one in the game. Do you like playing with a different ring? Let us all know by sharing your comments below.

And if you need even more articles to help you with playing the game, don’t forget to check out our tips and tricks, as well as our updated list of the best heroes in Almost a Hero. 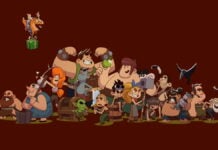 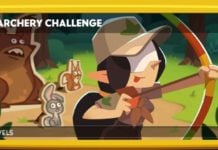 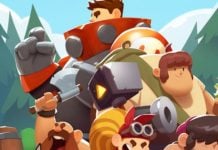