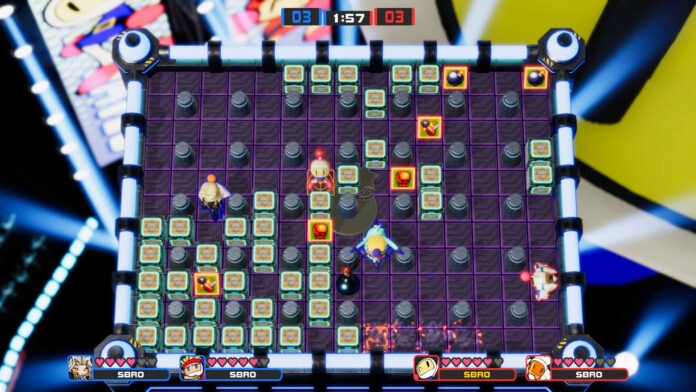 Despite being an online multiplayer-only experience, Super Bomberman R Online retains many of the features that have made past entries in the series so engaging. While each character starts each match weak, by blasting blocks and uncovering power-ups, it is possible to improve the character’s stats and abilities, letting you become more of a threat to the other players on the field.

Here are all the power-ups available in Super Bomberman R Online and what special powers they grant you during a match.

Alongside the items that improve the character’s stats, Super Bomberman R Online features five more power-ups that grant access to some very useful powers that make quite a big difference. All of these power-ups appeared in previous entries in the series, so if you’re a long-time Bomberman fan, you will already be familiar with all of them.

The Boxing Glove is a great power-up to get when you’re starting to feel overwhelmed by opponents’ bombs, as it lets you punch bombs two blocks away from you. This power-up can also be used offensively, especially if you’re good at reading opponents.

The Kick power-up is an improved version of the Boxing Glove, as it lets you kick bombs away from you, sending them straight ahead until they reach an obstacle or the stage’s edge. Like for the Boxing Glove, this power-up can also be used offensively, as the power to manipulate bombs’ placements is extremely important.

The Marble Bomb is yet another power-up that lets you change bombs’ placements, as it effectively turns them into marbles that jump and slide around when tossed or kicked, making them extremely unpredictable.

The Pierce Bomb power-up turns your bombs into proper weapons of mass destruction, as the power-up makes the explosions go through bricks, rendering them useless for defense. Make sure to keep this in mind when placing them, as you might fall victim to your own bombs if not careful.

The Power Glove is another classic Bomberman power-up. With it, you are able to pick up and throw any bomb you see, allowing you to go on the offensive in a much more effective way, or throw opponents’ bombs right back at them. 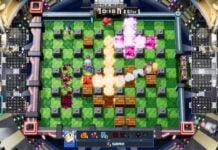 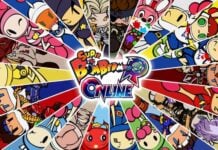