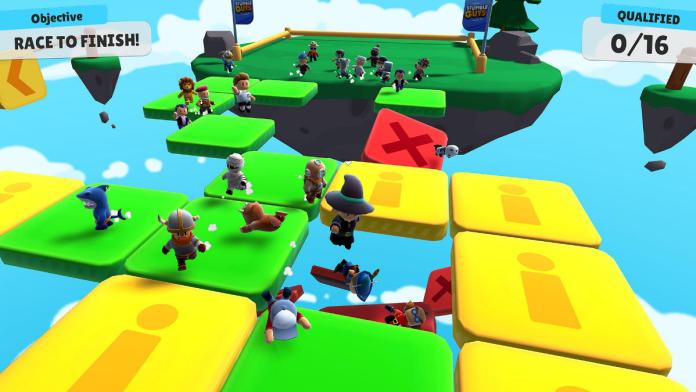 The ultimate physics survival game is here! For those that weren’t too keen on Fall Guys’ move to Epic Games, Stumble Guys is here to fill in that bean-shaped void in your heart. Featuring the same kind of wacky obstacle courses with silly physics, Stumble Guys is a fast and frantic game with lots of replayability. Best of all, it’s on a lot of different systems! Today, we’ll show you all Stumble Guys platforms and systems!

All Platforms You Can Play Stumble Guys On

Kitka Games, a Finland-based developer, noticed that although there were millions of Fall Guys clones for mobile, but none of them actually attempted to reach the same quality as Fall Guys did. So, they set out to create a fully-fleshed out version of Fall Guys for mobile platforms.

Thus, Stumble Guys was born and released on both iOS and Android in January 2021. Stumble Guys features the same platforming action and zany physics shenanigans like in Fall Guys, and players must run and jump their way through a variety of obstacles courses in an effort to be the last guy standing.

If it wasn’t already clear, Stumble Guys is pretty much a direct knock-off of Fall Guys, just for mobile. For its first year, the game enjoyed moderate success thanks to it being a free-to-play game with a season pass.

Eventually, Stumble Guys made its way onto PC through Steam in October 2021, where it grew even more popular. Fall Guys, in the view of many of its players, was starting to hit a decline, so many players jumped ship.

This came to full fruition in June 2022, when Fall Guys announced that it was going free-to-play and move over to the Epic Games Store. Existing players who already owned the game on Steam would continue to receive updates, but new players would have to start playing on the Epic Store.

This move soured the image of Fall Guys for many players, and because of this, Stumble Guys saw a huge spike in popularity, as it was still available on Steam and mobile. So, in total, Stumble Guys is available on three platforms: PC, iOS, and Android.

What do you think of Stumble Guys? Do you like it better than Fall Guys? Or is Fall Guys the reigning champion? Let us know in the comments below!

All Stumble Guys Platforms and Systems