Roblox Doors is a first-person horror game that features a myriad of creatures, aka monsters, those hunt players trying to fight for their lives as long as possible. In this guide, we will list all monsters in Roblox Doors while sharing a slight description of them.

All Monsters in Roblox Doors

When writing this article, Roblox Doors has 13 monsters. Most of them are unique in nature, appearance, and encounters. However, some share similar traits, which makes players confused as they must focus on slight details to identify which Roblox Doors monster will appear.

Also Read | How to Beat Level 10 in Roblox Apeirophobia

That said, here is the complete list of all monsters in Roblox Doors.

Hide is one of the monsters in Roblox Doors that appears when players stay in a Wadrobe for too long, and Hide does not appear in rooms 50, 99, or 100. That aside, the cue for Hide’s arrival is a red static effect framing your screen with the text reading “GET OUT.”

Rush is another monster in Roblox Doors that announces its arrival by flickering the lights whenever you open a new door.

Seek is a monster who only spawns in a long, lit corridor with many windows lining the walls.

Screech is a monster in Roblox Doors that appears in intrinsically dark rooms. Screech typically spawns behind the player, alerting them by making a “psst” sound.

The Eyes rapidly take away the player’s health if the player looks at them.

Halt is a monster that spawns if the lights flicker without Rush or Ambush spawning and any of Seek’s eyes are not present.

Ambush is exceptionally similar to Rush. The lights will flicker, and the player must quickly find a hiding spot before it passes by.

Timothy is a spider that will rarely spawn in drawers the player opens.

Jack has a chance to appear after repeatedly entering and exiting Wardrobes, and occasionally it will spawn behind the door of a room.

Glitch will only appear when playing Multiplayer.

Window is a harmless monster that occasionally appears when lightning strikes outside any of the small windows in any room and sometimes in a window in the Lobby.

Shadow is a slightly transparent monster that appears randomly. It can jumpscare the player, but its jumpscare is brief.

That is it. This concludes our list of all monsters in Roblox Doors. Which monster is the scariest one? Tell us in the comments. 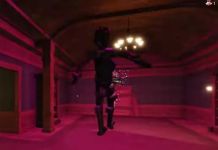 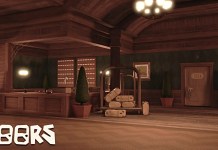 Roblox Doors: How to Survive Ambush 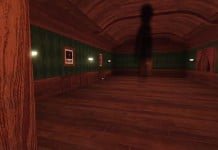 Roblox Doors: How to Beat Seek

All Monsters in Roblox Doors