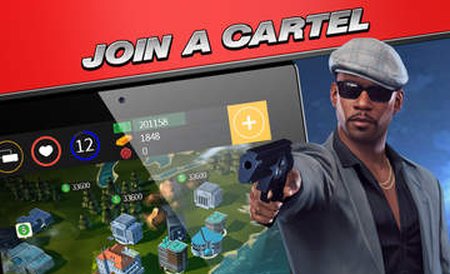 It’s you and your guns now as you fight through America climbing through the criminal ranks. Crime isn’t a game anymore, it’s a way of life! All Guns Blazing is an hybrid action shooter with a mix of base management. Rob banks, take down armored cars, assassinate mob bosses and more in this action-packed game. We’ll help you run the most notorious criminal cartel with our All Guns Blazing cheats, tips and tricks strategy guide.

Headshots do extra damage to enemies, so you should always try to aim for the head. Take them out quickly and efficiently!

2. Use short bursts for better accuracy!

In relation to the first tip, try to make small taps. This shoots your gun in small bursts, and is much more accurate than just holding down your finger unloading your entire clip. Small accurate shots are best!

3. Watch for any explosives!

Sometimes, throughout the levels, you’ll see an explosive red barrel. Shoot these when they’re a lot of enemies around to do massive damage to all of the enemies nearby! Keep an eye out of other objects, as well, such as cars, trucks, and even gas pumps. Use the environment to your advantage!

4. Join a cartel to gain access to the cartel jobs!

Cartel jobs are extremely valuable jobs. In order to undertake them you need to be in a cartel, obviously! These missions are pretty tough but the rewards are the best around. You can join a cartel once you hit level 4 and build a cartel mansion.

5. Try your hand at the additional jobs!

After level 3, you unlock additional jobs! These come in a variety of mission types, so you try them all! The good thing about them is that they have specific rewards, and some of them even give you gun parts to unlock new guns! You can also earn new upgrades for your older weapons. Try them all, as the rewards will be different for each mission!

6. Keep an eye on the enemies!

You’ll notice right away that enemies have a colored outline around them. They will switch from yellow to red. When an enemy is red, they are currently reloading or in the middle of a transition, which means they’re vulnerable to attack! If an enemy is yellow highlighted, they’re currently in attack mode and you will likely get shot if you come out of cover. Unless you’re being timed, feel free to take cover until it’s absolutely safe.

That should be a good launching point for your criminal career. If you have any other questions or suggestions, leave a comment below!

Slidout Is a Puzzle Game Like No other, Out on iOS...

What the Fight Game Tips, Cheats and Guide to Keep Winning