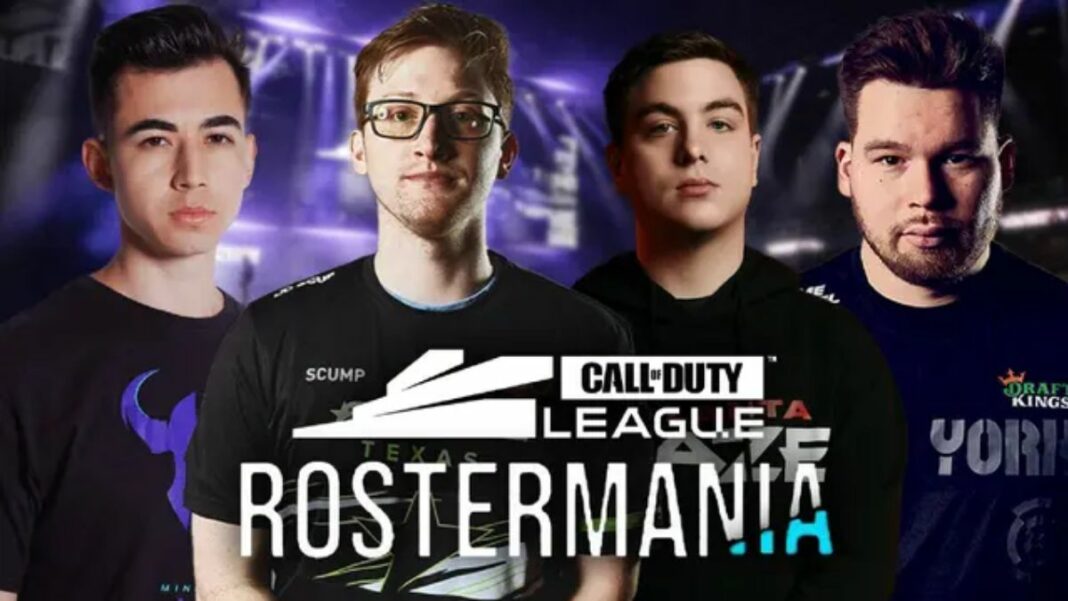 Now that CDL Season 2022 has ended, many players are eager to know about the roster moves and changes for Rostermania. And this is where our guide on all COD Rostermania 2023 rosters listed, comes in handy.

With LA Thieves winning the CDL Season 2022, it marked the end of a great tournament while commencing another tourney, the COD Rostermania, which is currently underway and is rumored to end early as compared to previous years, because of the upcoming release of COD Modern Warfare 2.

The COD community is eager to know about the recent happenings and the roster changes that COD Rostermania 2023 has brought—and will bring in the coming weeks.

To make sure, players are up to date with the latest roster moves, we have prepared a handy guide that lists All COD Rostermania 2023 rosters.

Here is the complete roster of teams and their players for COD Rostermania recorded at the end of the 2022 Season. Most of these players have announced themselves as free agents for the 2023 season. So, you can expect a drastic change in the roster as we get near to COD Rostermania 2023.

That is it! We will update the article if there are any changes in the current roster.