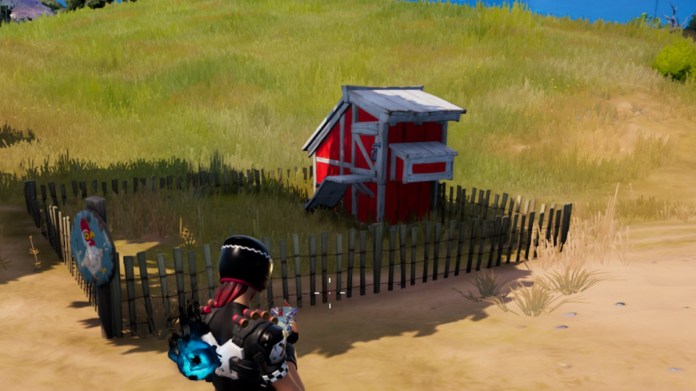 Fortnite Chapter 3 Season 4 has some extra quests to complete for bonus XP to help players level up before the chapter ends in early December. The Avian Ambush quests are so much fun, and not too tricky to complete. One of the quests requires players to throw a chicken into a Chicken Pen. Find out below all Chicken Pen locations in Fortnite.

Where to Find Chicken Pens in Fortnite

One of the Avian Ambush quests is to throw a chicken into a Chicken Pen. These Chicken Pens are small red structures with a sign out the front showing a cute chicken picture.

The Chicken Pens can be found in 5 different locations:

Players only need to return 1 chicken to a pen so it is a quick challenge to complete. The trickiest part is to catch the chicken and get it to the pen without getting killed. To grab a chicken, approach it and press the action button. You will then be able to jump and float along holding the chicken who flaps and clucks as you go.

While holding a chicken, players cannot sprint, build, or fire at opponents. Once at a Chicken Pen, the chicken can be thrown using one of the triggers. Aim carefully first or you may have to catch the chicken again if it does not land in the pen. You could always jump into the pen yourself and just let the chicken go if you do not want to throw it.

That is all you need to know about putting a chicken in a pen in Fortnite! Next up, why not check out how to tame wolves and boars in Fortnite. Good luck!

All Chicken Pen Locations in Fortnite