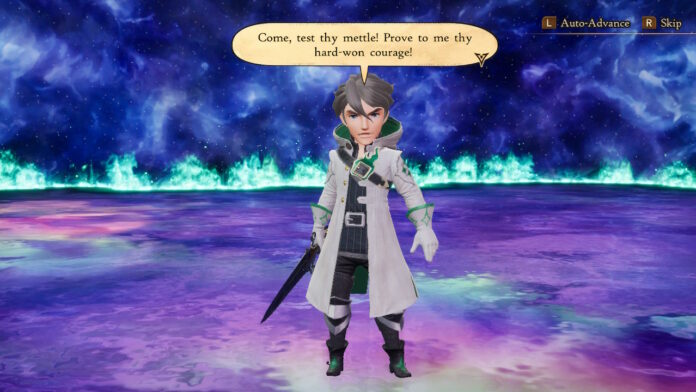 Chapter 6 is the final Bravely Default II story chapter, where you will have to face the final boss. Even though it is the end of the game, there is still one Asterisk Holder to bar our heroes’ way, but only if they actively seek him out. Fighting Sir Sloan is optional, but it is highly recommended, as the Bravebearer is among the best Jobs in all of the game. You also need to unlock all Jobs to see the game’s True Ending.

How To Defeat Sir Sloan

Even though he is the final Asterisk Holder, Sir Sloan isn’t particularly difficult to beat. He is weak to paralysis, so make sure to bring characters with Jobs that can apply this specific status ailment like Phantoms and Salve-Makers. A Phantom makes the battle especially trivial, as this Job has easy access to status ailments attacks, which should be the character’s first priority.

If you want to beat the Bravebearer fair and square instead, any combination of attackers and supporters will do, as long as you heal properly. Microgravity deals tons of damage to all party members, and not having max HP at all times may result in getting one-shotted. Also, Sir Sloan has very high agility, so make sure to buff your Aim using the Bard’s abilities to hit him with each and every physical attack.

By defeating Sir Sloan, you will unlock the Bravebearer Job.