Home Game Guides All Avatars Available in Obey Me! One Master to Rule Them All 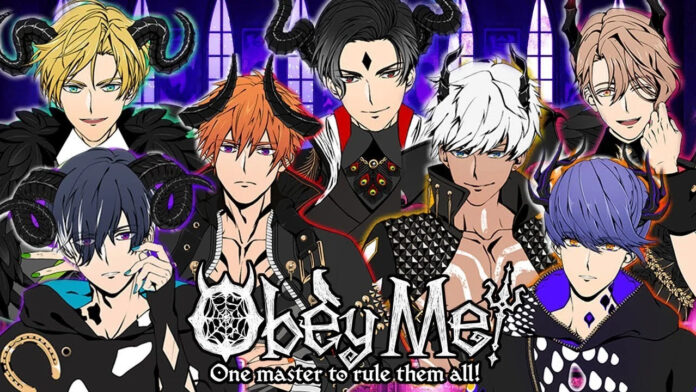 Obey Me! One Master to Rule Them All is a very beautiful and addictive dating sim. The player will become an exchange student from the human world who will go to the Royal Academy of Diavolo to help strengthen the bonds between the human world and the demon world. And in the academy, you will be able to meet the demons of each of the seven deadly sins.

All Avatars Available in Obey Me!

Lucifer – Avatar of Pride. Lucifer is the oldest of the brothers. His strict nature helps him deal with the remaining brothers. He also enjoys listening to classical music and is always protective of the main character.

Mammon – Avatar of Greed. Mammon is the second older brother. He earns money by working as a model, but still often steals it from other brothers. He also constantly gets into trouble with debt and gambling. His character is an example of a classic tsundere. At first, Mammon treats you badly, but then he becomes jealous of you. He is also one of the first to make a pact with you.

Leviathan – Avatar of Envy. This brother is an introvert. He spends all his time in his room reading manga and watching anime. Leviathan is also very fond of playing video games with the main character. And as befits the sin of envy, it is constantly jealous of you.

Satan – Avatar of Wrath. Satan is the most irascible of the brothers. He gets compared to Lucifer all the time which annoys him a lot. He loves cats and reading books. Therefore, his room is like a library. Satan always behaves politely with the main character and tries to help with learning magic.

RELATED: What Are Surprise Guest Interactions in Obey Me!

Asmodeus – Avatar of Lust. As befits the sin of Lust, Asmodeus is narcissistic and even a little eccentric. He often says that he is the most beautiful demon. Therefore, he often goes to cosmetics and clothing stores. He also initially treats the main character well and does not hesitate to ask provocative questions.

Beelzebub – Avatar of Gluttony. Beelzebub is the strongest and tallest of all the brothers. However, he is very kind and soft-natured, so he immediately starts to protect the main character. He is so strong because he constantly eats. When there is no food, he can even eat non-edible things.

Belphegor – Avatar of Sloth. He is the youngest of the brothers. Belphegor constantly wants to sleep, so he carries a pillow with him. He has a quick temper and constantly does not listen to the commands of his older brothers. However, after getting to know you, he often invites you to spend time together.

All Avatars Available in Obey Me! One Master to Rule Them All