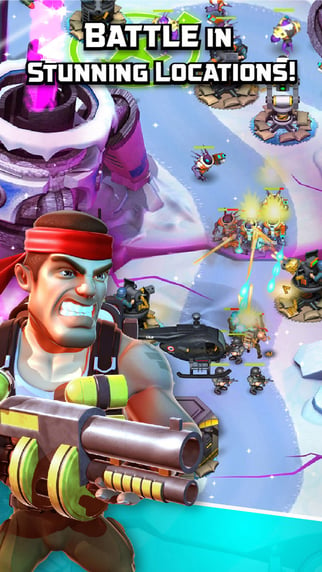 The aliens have finally arrived, and unfortunately they’re not in the mood to talk. Gather your troops and build up your towers as you defend Earth with everything you’ve got! Alien Creeps TD is a tower defense game that tasks you with repelling the alien invasion force with awesome towers. We’ll help you stand your ground with our Alien Creeps TD cheats, tips and tricks strategy guide.

1. Use your tesla coil in emergencies!

Each level starts you out with a tesla coil pre-built on one of the tower locations. This tower can be used to deploy a long range lightning strike that will instantly decimate all nearby units at the attack point. You can only use it three times in one level though, but you may recharge it further by using gems. Needless to say, try to save the tesla charges for dire emergencies!

2. Unlock the MK II variants for all of your towers as soon as possible!

Laser towers are made specifically for shieldbearing enemies, as their lasers will cut right through any kind of shield. Laser towers are also pretty effective against any kind of unit, so it’s best to have some around, while machine gun and rocket towers do reduced damage against shielded targets.

4. Redo the levels on harder difficulties!

Earning 3 stars on the basic Campaign version of a level unlocks the next difficulty for that respective level. Veteran difficulty places certain restrictions on you, such as having only a single life and access to only the machine gun and rocket towers. Each star is worth gold though, so as you go for full completion you will be rewarded with a lot of gold. Once you’ve gotten a good amount of upgrades for your towers, try tackling harder difficulties!

Flak is the hero you start out with, and probably the only one you’re going to get unless you’re willing to shell out real money for the other heroes. Flak can be upgraded using gold just like the regular tower upgrades, but it’s pretty basic. He has only one upgrade path, and you just keep paying for the better upgrades. Be sure to keep him upgraded as he as integral to your team as your towers are!

6. Build your infantry towers next to your attack towers!

Infantry towers should be use mainly as “walls”. Position your infantry that comes out of the tower in a fashion so that they grab the enemies’ attention while still being within range of your attack towers. This is the most basic strategy but it’s also one of the most effective. Don’t worry about your infantry falling in battle, as new ones will respawn after a while.

With these tips, you should be ready to fight off the alien invasion. If you have any other questions or suggestions, leave a comment below! 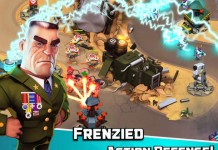