Home Guides Alchemy Stars: What is a Caelestite? 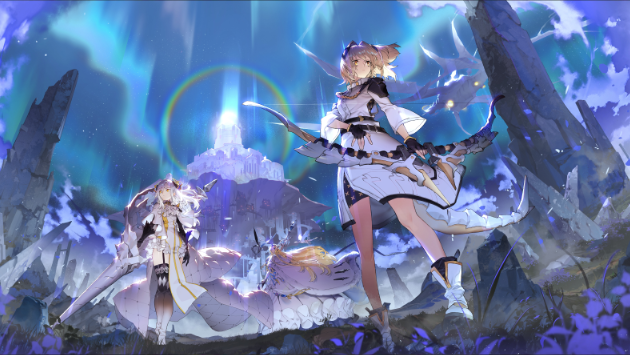 Being a gacha-based anime-style roleplaying game, Alchemy Stars offers an intricate storyline that is further influenced by many of the game’s characters. There are a variety of races, factions, and other such groups in Alchemy Stars that not many new players know about.

In this article, we will talk about the race, Caelestite, and the grim events that took place before the game’s story.

What are Caelestite in Alchemy Stars

The Caelestites are a distinctly unique and peaceful race in Alchemy Stars. They lived in a land called Eraveil. Their passiveness doesn’t mean they were weak. They had unique abilities like psychic communication with Colossi and other abilities.

However, as we know, peaceful races create some of the best protagonists after un-peaceful events. The same happens with the Caelestites in Alchemy Stars. Their peace didn’t last long, as their race was almost annihilated by another race called the Eclipsites.

These events take place seventeen years before Alchemy Stars’ main story. The Eclipsites, who are also referred to in the game lore as enemies of all living creatures on the continent. They attacked the peaceful land of Eraveil and destroyed everything.

Players, who take control of the child spared from the Caelestite tragedy, return to Astra seventeen years later, with the last Colossus and the race’s unique ability to communicate with the Colossi.

This marks the beginning of the story of the Caelestite survivor who has to figure out why his clan was massacred. Who was responsible for the action and other dark secrets.