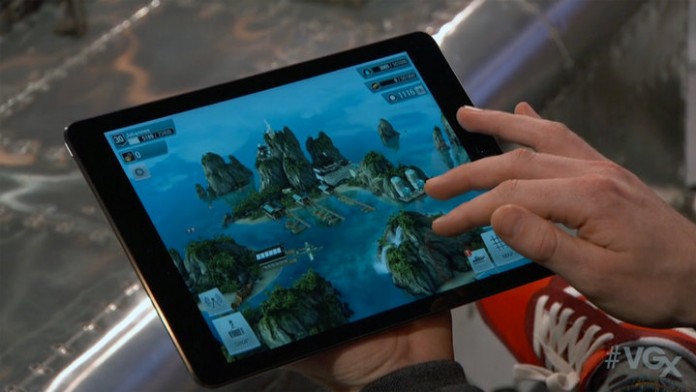 During last weekend’s VGX Awards, developer Remedy Games showed off more of its upcoming Xbox One-exclusive game/tv show Quantum Break but they also had a little surprise in store for mobile fans.

One of the studio’s other projects is an upcoming iOS mobile action/strategy game called Agents of Storm. According to Remedy’s Johannes Paloheimo, who demoed the game briefly during the VGX, Agents of Storm will play out like a “reverse tower defense action-strategy game.” Players will be able to build their own base within a series of compacted island locations and then man their base with a fleet of various ships to defend it. The twist is that they’ll then have to venture out and attack *other* bases instead of simply waiting for enemies to come to them.

Agents of Storm is currently slated to release at some point in 2014 (Remedy likely doesn’t want to set in a specific date too early since they’re still focusing a majority of their attention on Quantum Break) and it will be available exclusively on iOS. So far only an iPad version has been confirmed but there’s still plenty of time for Remedy to unveil an iPhone version before the game’s release.