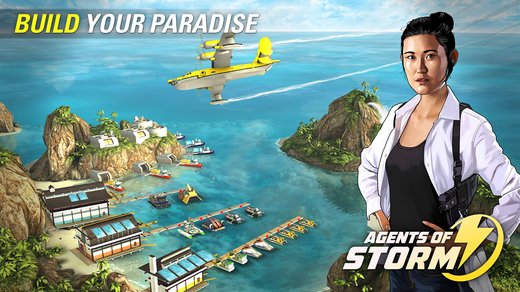 I like it how new developers are expanding the base building strategy genre and Agents of the Storm is a pretty impressive title that comes with a lot of new and unique approaches to the genre. But you already know that, probably, and love this game just because of these reasons, so let’s focus on what really matters now: some Agents of Storm cheats and tips for a perfect strategy and a flawless run in the game.

Some of these tips might seem common sense, but maybe you’ll find something you didn’t already knew and that would be a bonus anyway. So let’s check out the Agents of Storm tips and cheats below!

1. Don’t use diamonds early on
If you are one of the smart players who looks for tips and tricks before getting too far, one important advice is not to spend your valuable diamonds on rushing the production early on. Save them and wait the required minute: you’ll put those diamonds to better use later on!

2. Get free diamonds
If you want even more diamonds in the game for purchasing some of the premium stuff, make sure to check out the missions and complete them for some nice diamond rewards. You can also watch videos for free diamonds, make sure you do it whenever you have the chance. A bit here and a bit there will help you get a ton of them!

3. Agents of Storm attack guide
The most fun and sometimes the most difficult part of the game is attacking. There are more possible ways to do it and different approaches, so it would be best for you to always adopt the perfect one. First of all, before attacking, always check out the radar view to see how the turrets are placed and find potential weak zones. Then, consider all the lanes that you can deploy your boats in and only choose the one(s) that give you an advantage. Try to stay away from double fire and try to get as many Jade barrels as possible too because they will help tremendously during the HQ attack.

Remember to use all the Jade barrels during the attacks because you can’t take them home, and also remember one extremely important fact: you don’t have to deploy all your troops or all of them at once. In some situations, it would be wiser to deploy some on the flanks to take out turrets easier, and only after they are cleared out deploy one ship in the middle lane to get the Jade barrels.

Finally, don’t be afraid to use your entire fleet in battle. Unlike other games, in Agents of Storm you won’t automatically lose your troops when the battle is over, so it only makes sense to always send in all that you’ve got in order to ensure that you get an easy win.

4. Replay easy missions
Eventually, you will get to a mission that offers a high enough reward to make it worthwhile playing over and over again. Make sure you take advantage of this: the less damage you get and the more resources you collect at the end of the battle, the better for your home base and faster its development.

5. Upgrade as soon as you have the chance
I would recommend to focus, early on, on upgrading the resource generating buildings – especially gold because you need a lot of it for attacking and you won’t make it back during the battles, but eventually everything has to be upgraded. Plan your work ahead a little bit and start the waiting game!

6. Be careful with the Ladder matches!
The Ladder can offer you some really sweet rewards, but the increasingly difficult missions are not to be taken lightly. Make sure that you only attack with a full fleet and enough time to get some results. If you are defeated or you abandon a battle (which results in a defeat), you end your run and get lower rewards. Try to get as far as possible and play the ladder daily!

There are clearly some nice elements in this game and I am sure that future updates will make it even more enjoyable. And if you have some other Agents of Storm cheats and tips to share, don’t hesitate to comment below! 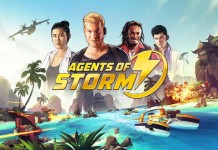 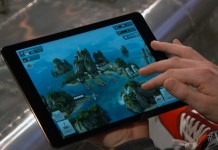 Agents Of Storm Coming To iOS Next Year