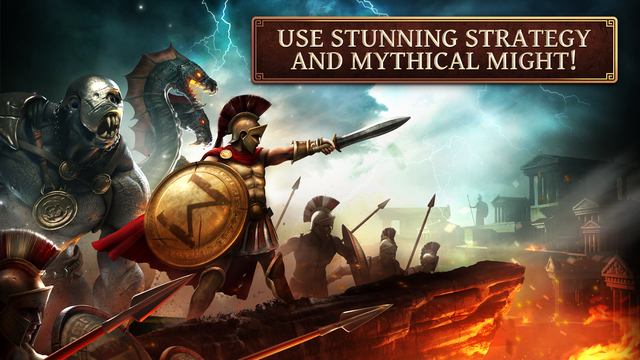 The forces of Xerxes are at Greece’s doorsteps! Unite the powers of men and create an everlasting kingdom. Rally up the troops, and fight back to defend Ancient Greece from invasion! Age of Sparta is a city management strategy game that tasks you with overseeing the development of a kingdom. We’ll help you fight off the armies of Xerxes with our Age of Sparta cheats, tips and tricks strategy guide!

1. Space out your boosters evenly!

There’s a category of buildings called “boosters”. These buildings are usually a decoration of some sort, like a tree or fountain and so on. When placed near other buildings, these boosters will increase the efficiency of the building. Each booster has its own boost rate. Say for example you put down a fountain next to a quarry – that will increase the quarry’s production rate by 6%. These effects stack, so you can use multiple boosters! So, as you can see, you want to try to layout your town in a way that you can spread boosters to as many of your buildings as possible. A good way to do it is to place boosters in the center of a plot of land, then build around it.

Once you get around level 7 or 8, you unlock the ability to fuse two of the same type of units into a strong units. For example, fusing two slingers gets you Slingers II. Regular Slingers have 2 attack and defense, while Slingers II have 6. As you can see, the stat boosts will add up once you make enough of the Slingers II. When you unlock this ability, be sure to fuse as much as possible. The coin costs to do fusions are negligible compared to the power boost you get in combat.

See that number next to your character portrait? That’s your total glory value. This is a basic representation of how strong you are, and how well you’ve done in your battles. When you’re picking another player to attack, you can see their glory value as well. Try to aim for the lower ranked players, as it’ll be easier to take their defenses down. Additionally, when picking your terrain route, it’ll tell you generally how hard the battle is going to be. Be sure to study your opponents before you go through with an attack!

To keep things interesting, the developers of Age of Sparta added minimal interactivity during battles. They are still mostly automatic, but you can lend a hand.

Above all, just be sure that you’re following the quests. These quests will lead you down the general progression path, ensuring that your buildings and army stay up-to-date. They also reward you with a fair amount of gold and experience, sometimes even gems!

With all that, you should be able to take on Xerxes’ forces! If you have any other questions or suggestions, leave a comment below!