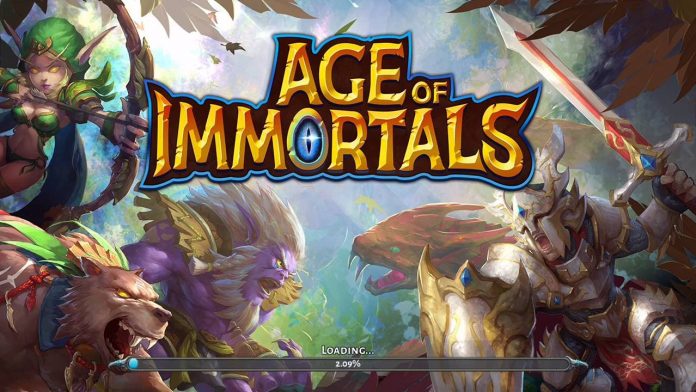 Team based RPGs are really popular nowadays, so it’s no surprise a new one has hit the scene. Enter Age of Immortals, a new RPG with a puzzle twist! Skill blocks queue up in your action bar and it’s up to you to decide when to unleash them. Do you wait for a full stack or attack one by one with each block? It’s a fresh new twist on this rather formulaic genre.

Like other hero RPGs, there’s a lot to do and collect in this game, so let’s get started with our Age of Immortals cheats, tips and tricks strategy guide!

We know that it’s best to wait for the opportune moment to unleash a 3-block chain, but sometimes it’s better to just unleash the blocks you have at the moment. It’s fine if you want to stack blocks, but if it gets to the point where they reach the end and your queue is full, it’s time to start attacking. Remember that using up blocks charges your heroes’ SP meters, so in the long run it’s usually better to just attack as much as you can.

With that said, it’s always most effective to attack with 3-block chains. If there are separate attack blocks in between your chains, go ahead and use them individually to get them out of the way.

Don’t use your skill blocks willy nilly – keep in mind that some heroes have area attacks. For example, your starting hero Aldross’ regular skill “Thunder” makes him whirlwind slash around, damaging all nearby enemies. Same goes for his special skill “Shield of Courage”. Wait for him to get in optimum range – that is, as many enemies as you can get around him – then use the skill.

Some heroes have ranged attacks, and you usually don’t have to worry about timing for those heroes.

Early on you’ll receive a hero named Shaman. This hero’s regular skill is “Guardian Heal,” which lets him sacrifice his own HP to heal an ally hero with the lowest health. Keep him in your team when you first start out, as his healing can get you out of a bind.

That’s all for Age of Immortals. If you have any other tips or tricks to share, leave a comment below!