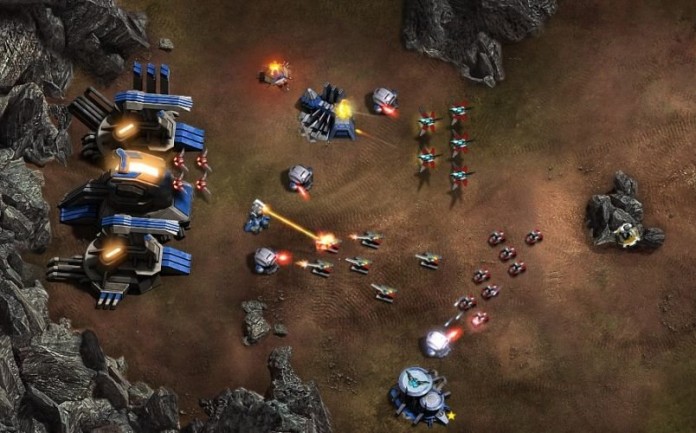 With graphics that make me remember RTS classic Red Alert, Age of Defenders challenges you to defend your home base while at the same time attacking the opponent and trying to destroy their base. The good and interesting part? There is no pre-defined route, so every time the opponent will try to exploit your weakest area. A really interesting concept that also looks amazing!

The game will go for a freemium model, but the developers insist that they’re not building a game that goes after the “pay to win” formula and we’d love to believe them, but until we see the game with our own eyes and crush some enemy bases, we’ll take it with a pinch of salt.

However, with synchronous multiplayer battles against Age of Defenders players on other platforms (the game also will be available on PCs), this tower defense – tower offense mix certainly has all the reasons to keep us excited and really looking forward to getting it. Which will happen sometime in September or October, so it’s coming soon!