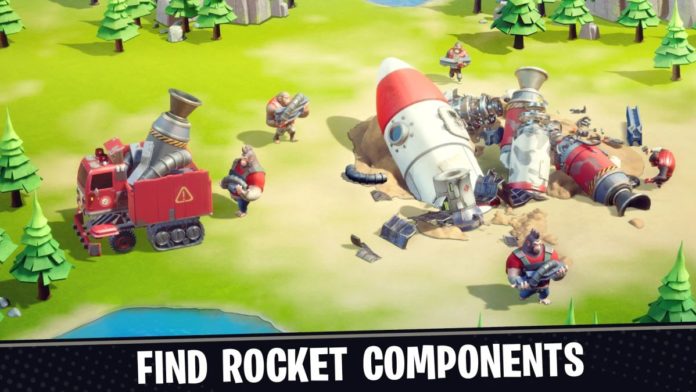 Launching monkeys into space is not the easiest job on earth, especially when you have them divided into factions that compete against each other. But this is exactly what makes the latest mobile strategy game, Age of Apes, so appealing and nice.

Today, we’re here to help you play a better game by sharing a bunch of Age of Apes tips and tricks in a complete guide for all players. You will learn all the basics, some advanced mechanics and improve your game tremendously. It’s definitely something worth checking out!

The game does come with some really new features and concepts – like the true cooperative play within the horde – and we’ll learn about them all today. So read on for a complete Age of Apes guide filled with tips and tricks for you.

Alliances are essential in Age of Apes, as you need the help of other players to do better in the game. But you also need to be part of an active alliance to help our your horde and get closer to the center of the map.

This is one of the innovative mechanics of this game: a huge focus on the community and the cooperation between players. This is what makes it such a great game.

So you shouldn’t ignore this important element. Especially since teleporting is basically free – unlike in most other games – so you can easily switch positions and move into your alliance’s territory if you are not satisfied with the results.

But be an active part of a large, solid alliance, and you will have a ton of benefits, from help defeating your foes to protection from incoming attacks and a lot of boosts and free items along the way.

Follow the main Quest Line when developing your city

When you start playing, a good way to know that you’re doing everything right and in the correct order is to focus on completing the Main Quests. These will ensure that you get up and running as fast as possible and do so at an optimal speed.

You can get ahead with the upgrades

Even though you are focusing on the Main Quest Line, it doesn’t mean that you should only do what they say. Take any opportunity you have to get ahead.

Train troops, constantly attack monsters on the map, send your scouts away and build or upgrade other structures. The goal is to always keep upgrading, building and working on something to get better and stronger.

Focus on leveling up your City Hall ASAP

The City Hall is probably the most important building in Age of Apes because its level decides the maximum level of all other buildings in the game. As a result, you should make it your goal to reach level 10 as fast as possible, and then work on upgrading it as soon as you have the chance.

In most games like this one, my approach is to try and upgrade all buildings to the maximum level before upgrading the City Hall. This way, I am sure that I get a really balanced city and progress nicely.

But the truth is that here there is no real need to wait – especially not early on. Having maximum levels hospitals, for example, is worthless because you won’t have that many troops anyway. Same goes for other buildings as well… you don’t need all their benefits early on.

So focus on getting the City Hall leveled up as much as possible as fast as possible, also keeping the pace with the buildings that train troops – you want those maxed out at all times in order to be able to build up a solid army.

But apart from that, no need to hurry. Get the City Hall maxed out and you’ll eventually catch up.

Use those quick speed boosts early on!

The time required to upgrade a building increases exponentially and the higher the level of the building, the more time it will take to level up.

Early on, you will have a ton of 1 and 5 minute boosts that can easily level up your structures. At the same time, when you have to wait 8-10 hours or more for a level up, that 1-minute boost doesn’t really change things around too much.

This is why you should put those boosts to good use early on and upgrade your buildings as fast as possible. This way, you get the benefits from the higher levels and make sure that you actually get something useful out of the shorter boosts.

Another thing that you should make sure to do constantly is research. The game itself is almost obsessed with forcing you research a single thing over and over again – but that’s not really the best approach here.

Use the time in between the Main research missions to research as many technologies as possible. We recommend focusing on the military ones, in order to get boosts for your troops and make it easier for you to succeed in PvP and PvE.

Attack monsters on the map as often as possible

This is something that should always be done: attacking monsters on the map. Even more so, as soon as you have enough troop power, you should send two and eventually three commanders to attack.

Ideally, combine the attacks with other in-game missions (like the Rocket ones) in order to shoot more rabbits with a single bullet. But even if you don’t have other missions, attacking constantly is a must.

Always attack the highest level monsters you can because you will gain more from those. If you are with an active alliance, launch rally attacks on monsters you can’t attack by yourself, as that’s where the really good rewards are.

Before you stop playing, make sure that you send all your troops – or at least the maximum amount you can – to collect resources. This way, you can focus on attacking when you are actively playing and still get the benefits from resource collecting when you are not.

Focus on the Rocket Missions and Rocket Technology

Now that you have selected the best horde in the game, it’s time to help it become the best in Age of Apes. And one way of doing that is making sure that you contribute to the Rocket Missions and Rocket Technology.

In these two areas, you will work not only with fellow alliance members, but all other players in the same Horde, with one grand objective: that of recovering, repairing the rocket and launching it into space! You’re also getting some nice boosts in the process!

Keep the boosts for when you really need them

In your inventory, you will have a ton of boosts and various resource packs and other items that you will win as rewards for doing all sorts of things in the game.

Make sure that you check that inventory regularly and use everything that is needed – like premium currency. But don’t rush to use the resource packs as soon as you have them – nor other things that are not necessary when you activate them.

For resources, if you have enough of them already, there is no need to just hoard more. You will only become a good farming target for others and you risk losing valuable resources that you will never get back.

Instead, keep the items you don’t need in your inventory and only use them when you have to. Later on in the game, you will see that prices of everything will increase greatly and you will have to use them then. So just be patient!

Unlike most strategy games that I’ve played, Age of Apes doesn’t force you to build and level up a gazillion farms and mines. Resources are generated by same building, the Holo Projector, which uses batteries to operate.

You don’t have to return to collect the resources – the are gathered automatically. But you have to remember to power up the Holo Projector in order for it to keep producing goods.

So make sure you always tap it (it’s the building from where you can send your scouts out to explore) and recharge it. This way, you will have a steady flow of resources getting into your coffers.

When you start the game, most of the world around you is covered by fog. Literally. You have no idea what’s near you, so you will have to send your scouts to explore. Make sure you do this as often as possible!

Exploring not only reveals the entire world map, giving you valuable intel about the location of friends and foes, but also allows you to discover hidden treasures and other goodies on the map. Don’t stop until you have explored everything!

Work on improving your best heroes, one at a time

There is a surprisingly low number of heroes that you can unlock at the moment, but you still have some variety. You have heroes that are better specialized for leading your troops into battle, heroes that are best as support commanders and those that give you advantages when collecting resources.

Leveling them up – and especially starring them up – is expensive and time consuming. Therefore, you should focus on working on your best heroes and making them as good as they can get.

Normally, even if you don’t play an aggressive game, you will still need to invest a lot in leveling up an offense-oriented hero. Invest in their skill tree to become better against other players or monsters on the map, but always have specialization in mind!

Also, you will need at least one hero that will be your main gatherer. Heroes like Sir Francis or Laurent are great for this job, as they have the “Gather” skill tree which gives them boosts when collecting resources.

Make it your goal to do this every day. It requires you to be pretty active, but it’s not that difficult if you’re serious about playin Age of Apes. It’s also extremely rewarding to do so – if you manage to collect all the chests, you’re up for a really useful boost!

This would be Touch Tap Play’s Age of Apes guide. If you have additional strategies to share with fellow players – or any sort of questions, don’t hesitate to comment below! 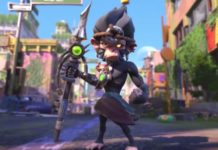 Age of Apes: Best Horde to Choose for Supremacy