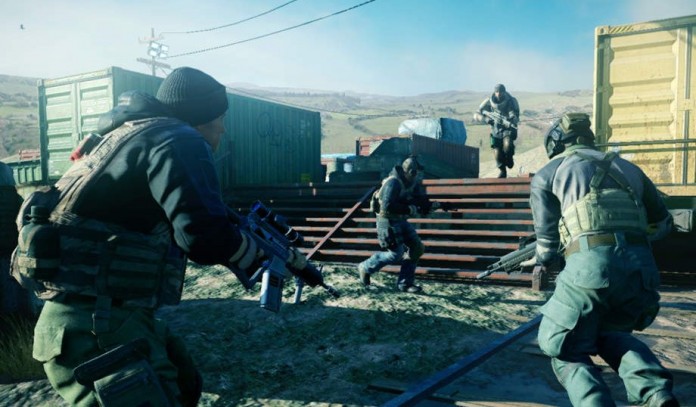 Gamevil proves that we can have console-quality gaming on our smartphones and tablets and I am sure you love Afterpulse as much as I do. It really is a great game, but we’re not here to praise it for all the right reasons: we’re here to talk about some Afterpulse cheats and tips, a complete strategy guide that will turn you into an ultimate soldier who wins all the matches. Or at least something close to that…

It is true that a lot in this game is based on skill and luck when it comes to opening crates, but there are a few things that you can do to improve your game as well and we’ll focus on those in this article. So let’s check out below the Afterpulse cheats and tips and let’s start winning!

1. Don’t rush!
One of the the strategies that I use with a high success rate is not to hurry towards the crowded areas as soon as the match starts. Wait for a couple of seconds, which would give others a head start: you’ll get to the heat of the battle a bit later and it will be easy for you to take out enemies who already have some lower health. It does work, especially in training matches!

2. Check out the missions
Many of the missions reward you top coins for doing different skill-based and not so much skill based things. Check out the requirements and make sure you complete them: some want you to stay alive for X minutes or seconds, some want you to do different things. Know what you have to do and focus on achieving those for some easy and quick coins. You might not win the matches you unlock the rewards in, but it’s worth the trouble because that’s the easiest way to make a ton of money!

3. Always move
It’s difficult to move and aim at the same time, especially when you have to deal with the poor controls that this type of game has to deal with, but that’s what you should be doing if you want to get the most out of it! Learn to move and aim while moving and you will easily take out your enemies who are mostly static when they start shooting, turning them into easy points.

4. Shoot everybody
When there’s a lot of enemies shooting at one another in a crowded area, the best bet for some certain points is to shoot everybody. Even if you don’t kill them, you will get the assist bonus points, which is better than nothing!

5. Find the best weapon for you!
I personally prefer the assault weapons because they do a lot of damage and have great overall stats, with the only drawback being the relatively small clip size. But it’s the best weapon I played with so far, so I highly recommend it. But you should find the perfect weapon for your particular style of play: try them all in training mode and see which is the one you’re most comfortable with. I, for example, would never recommend the sniper despite its really high damage and recommend to go with low clip, high damage, high stability weapons which are easy to turn into points when things get crowded.

6. Reload and take cover
There are two more things you should master: reloading whenever you have a second to breathe is extremely important, as you should always face an enemy with a full clip. So learn to tap the reload button as soon as you have the chance, even if you’ve only used a couple of bullets. Cover is also important, but shooting from behind cover is tricky and you can sometimes get cornered there if more enemies attack. However, if you have to reload while you’re fighting enemies, it would be best to quickly go behind cover while you do it, then come back shooting lead. Don’t camp, there’s no way you can win if you do, but take cover when needed!

7. Upgrade, Fuse and Evolve
Once you have a good understanding of the weapons and you have your favorite, start upgrading and evolving your weapons. Level them up based on stars (always use lower star weapons to upgrade higher star ones) and focus on those you like using the most. Having two top weapons is a good strategy that helps with diversity, but in the end you will only play with your most favorite one and have the best results with it, so keep upgrading and taking care of it!

These would be for now our Afterpulse tips and tricks. We’ll keep on playing this game and we’ll come back to you as soon as we have more! 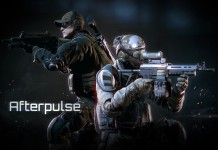