Lilith Games have just launched AFK Arena on mobile, a beautiful Idle RPG game that got us addicted instantly. And we’re now here to share with you a bunch of AFK Arena cheats and tips in a complete strategy guide, in order to help you get the most out of this great game.

With tens of heroes to unlock and level up and even more things to do, AFK Arena has a bit of everything for every player out there, which is exactly what makes the game so impressive. And, as I said already, we’re here to help you get better at this game.

So let’s not waste a single second and instead let’s check out below some tips and tricks for the game!

Focus on the Campaign first
You want to get as far as possible in the Campaign as soon as possible because that’s how you unlock most of the content in the game, as well as some great rewards that will make your life a lot easier. 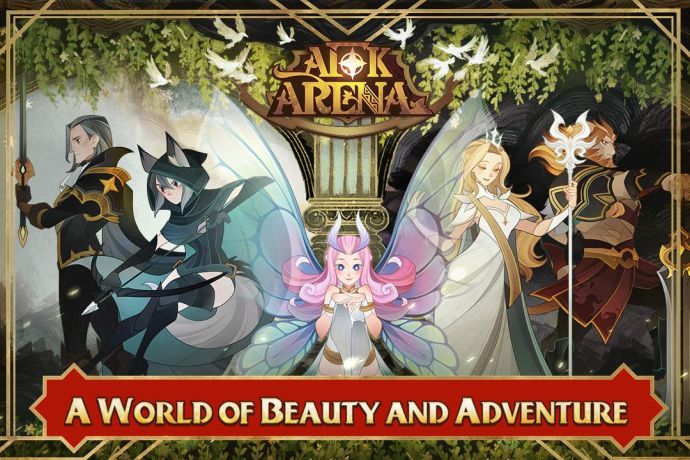 So even after unlocking some interesting features in the Dark Forest (especially the Labyrinth) you should still focus on the campaign until you reach at least the first level of the third stage. That’s when, for a beginner, the progress is pretty fair and you will probably have collected over 20 heroes and therefore you’ll be able to set up a strong team.

Afterwards, keep playing the campaign as often as possible, making sure that you get to the point where you unlock everything there is to be unlocked in the game.

Get Gems to summon Heroes in batches of 10
Although Gems are the premium currency in the game, Lilith Games are extremely nice and they offer a ton of Gems early on for free. After playing for just a couple of hours, you will have over 5,400 gems, which will allow you to get 2 batches of 10 heroes.

Make sure that you only purchase heroes in batches of 10 from the Noble Tavern because the first time you do it, you are guaranteed to get a rarer hero, and each time you do it afterwards, you will pay less than unlocking each hero individually. 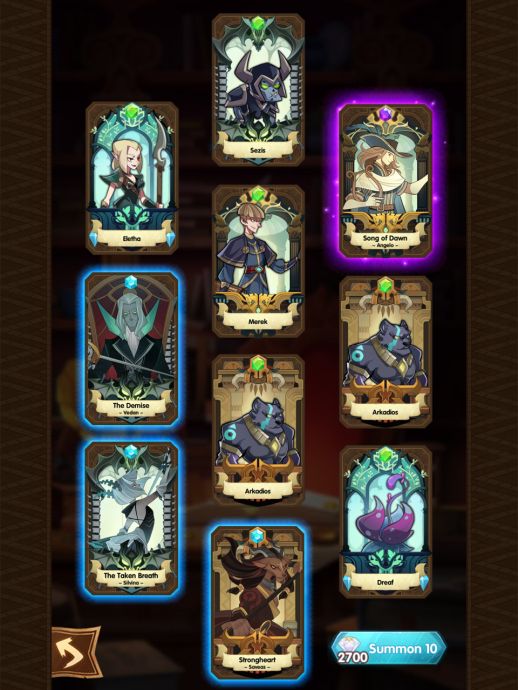 Common Tier heroes are useless
The Common heroes are absolutely useless in the game and you shouldn’t invest resources in leveling them up (especially not above level 10). Their only use is that of being retired for resources, so don’t worry about letting them go as soon as you get them.

Add 30 friends ASAP
Friends are extremely important in the game, because they can send you hearts which can be used in the store to get additional heroes.

Make sure to add 30 active friends ASAP and keep the list updated at all times with people that send you rewards on a daily basis. This way, you will unlock 3 heroes each day, and even though you only have a 2.41% chance for an Elite hero when summoning with friend tokens, it’s still better than nothing.

If you don’t have real life friends playing AFK Arena, head over to the chat and post an “add me” message: you’ll soon have your list filled! 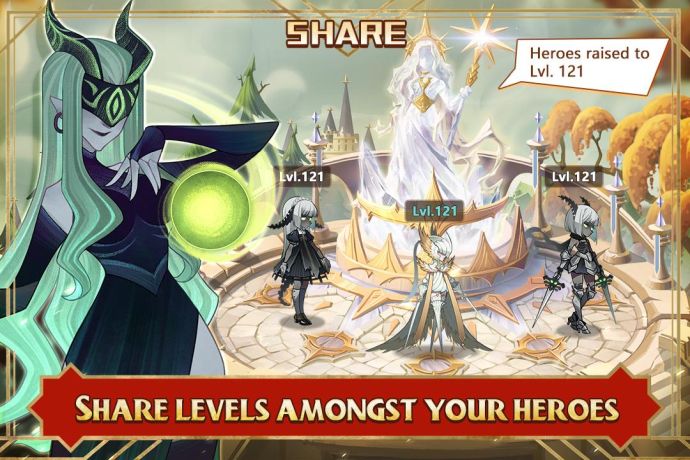 Keep an eye on the various Stores (especially Labyrinth)
There are various stores that you can purchase items from with the different types of currencies that you earn in the game. Out of these, the best is the Labyrinth Store where you can easily purchase soulstones for the rarer heroes: for 45,000 Labyrinth stores you can choose one of 4 monthly Ascend Tier Heroes. That’s a really sweet deal!

Other shops offer good deals as well, but not as good as those in the Labyrinth store for active players. Either way, make sure to check them out constantly and only invest in items that you really need.

Level up your main heroes
There are lots of heroes available in the game, but you can only have a team of 5 playing for you. So you should only focus on leveling up the best heroes you’ve got, because you won’t have resources to level them all up anyway.

Choosing the best heroes for your team is a bit tricky and it depends on your luck on drawing heroes, but there are some golden rules to follow: all Ascended Tier Heroes are better than the previous tier ones, but also harder to get. You will most likely get heroes from the Legendary Tier more often than not.

However, rarity comes into play to make things a bit more complicated, but fortunately we have colors to help us out. Early on, you will most likely focus on Rare Heroes because you’ll have more of these. But eventually, you will go for Elite (Purple) and above, with each Elite Hero being automatically better in terms of stats than more common ones. 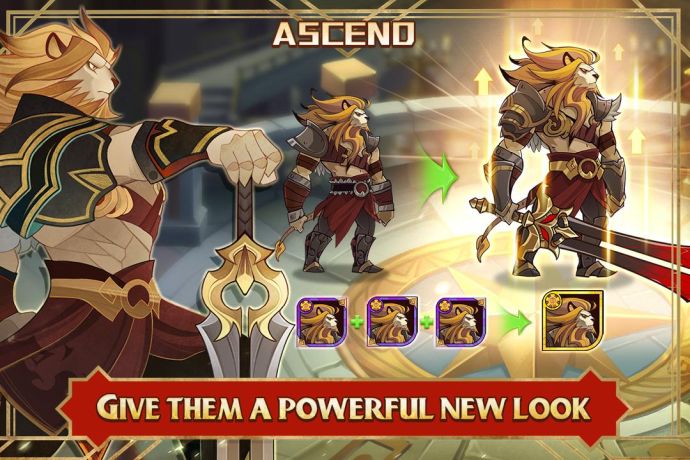 So even if your epics are not that good compared to other epics, they will still have better overall stats that rare heroes. This means that you should always focus on training your rarest heroes first: once you get more than 5 to select from, choose them based on their stats, skills and type… but until then just go with your rarest first.

Since this is a bit more complicated, we’re going to put together a separate guide for heroes in the game, but until then hopefully this will help you better plan out your team for the future.

UPDATE: We have published our tier list – make sure to check it out if you want to know which are the best characters in the game.

Join an active guild
Although Guilds are not extremely big at the moment, they do have that Team Hunting element that allows you to get all sorts of great rewards based on the Guild’s level and monsters it has unlocked.

Therefore, being in an active guild where players are active is extremely important, to be able to get more rewards and help your progress in the long run.

Special Areas Become more important later on
Once you unlock the Bountry Board after reaching stage 3-12 in the Campaign, the campaign itself is no longer your priority, but the Special Areas in the Dark Forest.

The most important is the Arcane Labyrinth, where your goal is that of getting as far as possible within 48 hours. Afterwards, the Labyrinth resets and you have to start over. The other areas in the Dark Forest are good for rewards too, so make sure you play them all before focusing on the Campaign, once you get far enough. 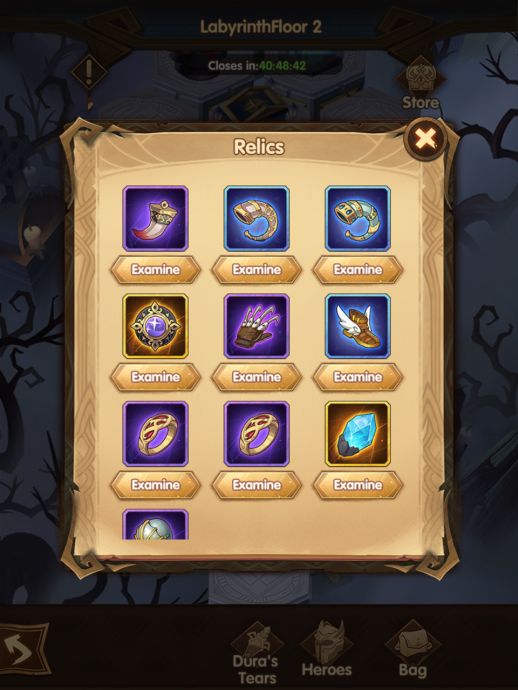 Activate the Unions ASAP
Unions are available in the Library and they are offering you massive bonuses if you manage to set up the required team. The good news here is that your friends can select mercenaries to share with you, and you can all benefit from this by unlocking all the Unions in the game.

This is another reason for you to get high level, active players as friends, as the boosts from Unions are absolutely amazing. So do your best to have as many active at all times – and also check your Mercenaries list often to make sure that you’re giving your friends the best options in your heroes list.

Retire Heroes in the Rickety Cart
The Rickety Cart is the place where you can “retire” heroes. This basically means destroy heroes in order to get some resources in return. Out of these resources, the most important is the Hero’s Essence, which is required to level up your heroes past some specific milestones.

Although you will eventually start retiring Blue heroes, you should only focus on retiring Green ones early on in the game until you have a solid understanding on how the game works and which heroes are the best for your team.

Don’t rush to retire heroes if you already have them unlocked once, because you need the copies to Ascend your Heroes and make them better in the Temple of Ascension! 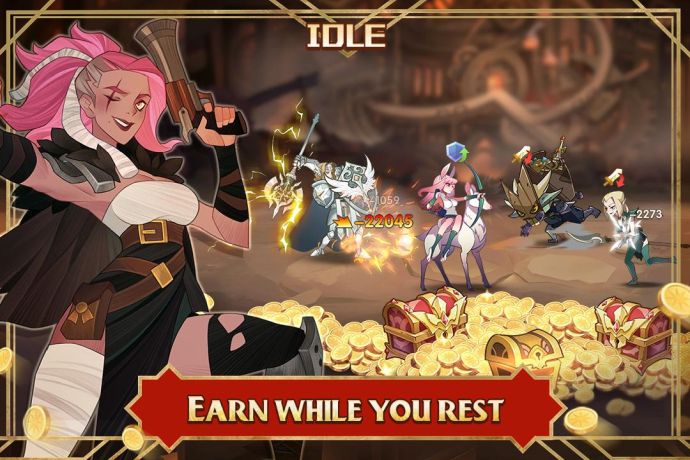 Collect your AFK rewards
As the name suggests, the game keeps on piling rewards even when you are not actively playing. Make sure to collect those rewards as they are extremely useful: you can collect them constantly from the Campaign menu, by tapping the Chest there.

Use the items in your Bag
Don’t forget to check your bag every now and then as you will pile up some important items there. Out of the ones that you can use, the hourglasses are the most important, as they give you a few hours of gold in advance.

Don’t rush to use them early on though: the more you can wait before using them, the more gold you will earn because as you progress through the levels, you will earn more per minute.

Set up the perfect team based on Synergies
Once you get a bit further in the game and you have more options in terms of heroes, you should start thinking about setting up teams with heroes that work well together.

Now, this feature is not heavily advertised in the game and you might not even be aware of it, but you get bonuses based on how your team is set up. For example, if all your heroes are from the same factions, you get a 25% bonus to both their Attack and Health, while having 4 heroes from the same faction gives you a 15% attack boost and a 20% Health bonus.

Things get a bit more complicated with the Hypogean heroes (the one with that purple icon), which won’t activate any other faction’s factional bonuses, but instead will give all allied heroes bonuses based on how many are in the team:

So try to consider these things too when creating your perfect team in AFK Arena as the bonuses offered are really impressive!

Don’t forget to upgrade equipment too!
Also once you get a bit farther in the game, with rarer equipment pieces and more options, you can start enhancing equipment that your heroes own in order to increase their stats.

In order to do so, simply go to your hero’s tab and tap a piece of equipment you want to upgrade (it has to be of at least Rare quality, which is a blue icon). From there, tap the “Enhance” button and start adding equipment you no longer need to add extra stars to your gear and make them better.

These would be our AFK Arena tips and tricks for the moment. We’re going to share with you some more in depth guides for the more important areas of the game, so make sure to check our site regularly for more articles!