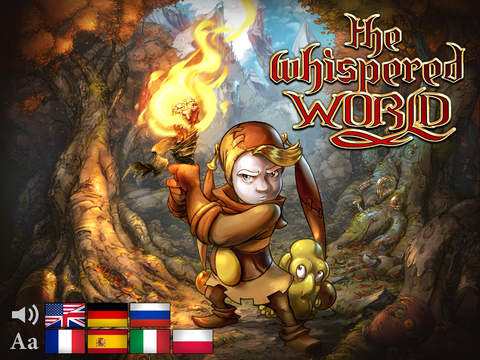 The new game is called The Whispered World and it’s been developed by Daedalic, a game that isn’t exactly a new release, as it has been released on PC back in 2009. The new iPad version includes all the content of the original PC release as well as a few tweaks that will make the experience more enjoyable on iPad such as touch controls and more.

The Whispered World comes with beautiful hand drawn graphics and a very interesting story. The game starts a clown named Sadwick, who’s haunted by nightmares showing the end of the world. In order to escape from these terrible nightmares and fix everything that’s wrong in the world, Sadwick sets out with his pet Spot, exploring a variety of locations and solving all sorts of puzzles.

The Whispered World is now available on the App Store. The game can only be played on iPad and iPad Mini.