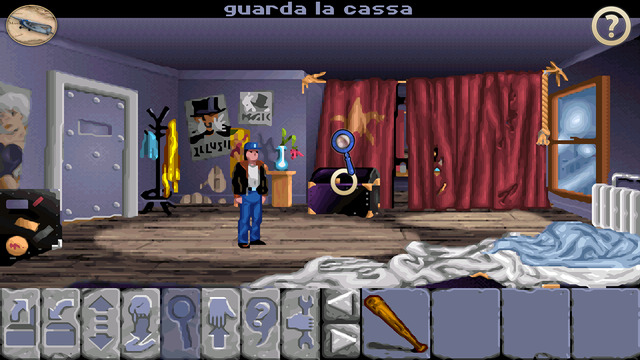 The Flight of the Amazon Queen 20th Anniversary Edition comes with plenty of new features that will make fans of the original release quite happy, such as new and improved controls built from the ground up for touch-screens, new icons and animations and much more.

– Totally new, much praised, game play controls that were built from the ground up for touch-screens.
* Hotspot based – no more pixel hunting!
* All-new slick icons and animations.

For the rest, the 20th Anniversary Edition will play just like the original, with an engaging story and gameplay experience, a ton of locations to explore and much more.

Flight of the Amazon Queen 20th Anniversary Edition is now available for purchase on the App Store in all regions.